Flyers Growing Pains are Showing, but Pessimism Should Not 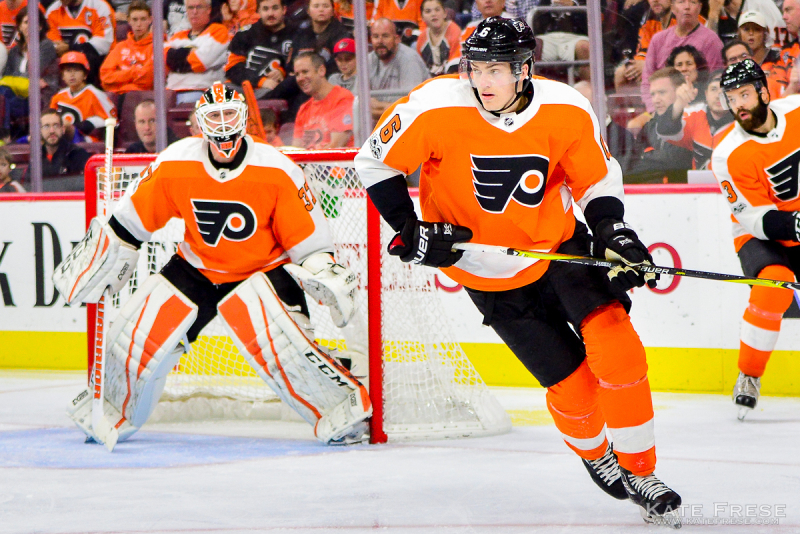 Sometimes it's not always sunny in Philadelphia. With the way the Flyers have played lately, Thursday's 2-0 win aside, some would say it's not so sunny.

Some others would have Ron Hextall’s head. Others would coin the popular Sam Hinkie term, "trust the process."

There is an innuendo said about hockey that goes, "hockey players develop through ice and failure." Some would agree, some would disagree, but it's adamant that everyone needs to breathe and let it play out, especially early in a season where the youthful Flyers are being tested early and often.

Nolan Patrick and Shayne Gostisbehere, two young core players, are injured with upper-body injuries. Ivan Provorov and Travis Sanheim showed some flaws against the Arizona Coyotes on Monday. Robert Hagg appeared to be caught out of position a few times against Chicago on Wednesday. Travis Konecny appeared to be out-muscled on the ice a few times. Taylor Leier took a bone-jarring hit from Chicago defensemen Connor Murphy.

A sequence of events and games like this can leave some people saying what happened to these young kids being given such expectations.

Yes, the Flyers are 7-6-1 through the first 14 games, a very average record. Yes, they were beat handily by Chicago and gave the Arizona Coyotes their first win of the season.

But nobody should be jumping off the Ben Franklin Bridge. This was due to happen.

Provorov, as good as he has been, is still very young and will continue to grow his game as the games go on. Sanheim and Hagg will work on their positioning in all three zones. Konecny will work to evolve into a player that does not get shut down if he gets out-muscled.

As a team, you have to go these ups and downs with young players in order to learn from it and be better down the road. The Flyers are not a complete team yet. There are still more trials of young players to come, still a few trades and signings to round out the team through the core players.

But in order to be a good, successful team, you have to get beat a few times, both as a team and individually, in order to rise to the peak of your potential.

For now, that should be the signs of progress and it should bring pessimism. This team has a ton of reasons to look forward to the future. We see the wizard of some of these young players on the ice, but the support and understanding needs to be there through the tougher games as well.

Sunnier days for this team are coming. The Philadelphia fans just need to see that through the early mistakes.