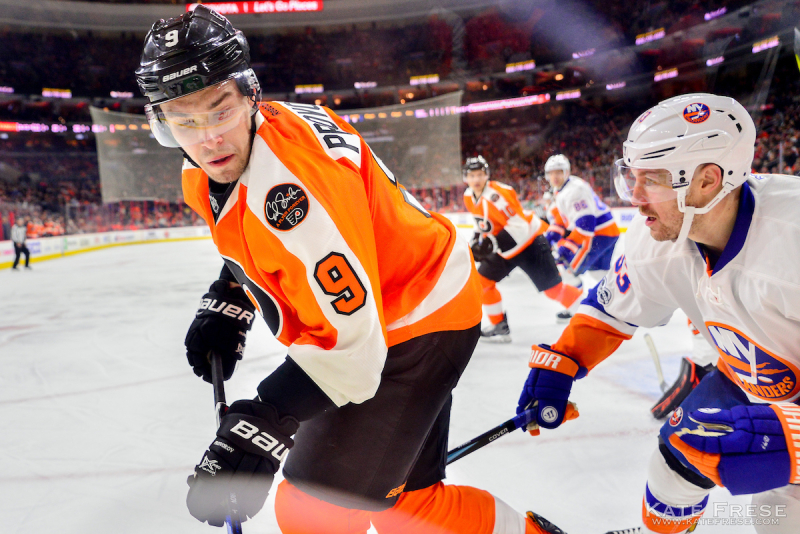 There really hasn't been much to be thankful about the Flyers lately. It's been over two weeks since the team last won a game and each loss is becoming increasingly frustrating.

The Flyers losing streak hit six games with an overtime loss to the New York Islanders on Wednesday. The two teams face off again in the Flyers annual Black Friday home game.

After a really strong debut on Wednesday night, keep an eye on Danick Martel. The 22-year-old came close to scoring in his NHL debut and will play in Philadelphia for the first time on Friday afternoon. Martel has the ability to be dangerous in scoring areas, so his first goal or point could be coming sooner than you think.
All you need to look at is the overtime effort by John Tavares on Wednesday to know that this is far from an ordinary player. Tavares often gets overlooked in the superstar pool, but shouldn't by any means. When he's on his game, he's as dangerous as any player in hockey. He's certainly on a roll right now too, with seven points in his last five games, including two assists in Wednesday's overtime win.

It's Brian Elliott's net for now. After entering in relief on Tuesday for Michal Neuvirth, Elliott got the start on Wednesday and made 35 saves in the Flyers overtime defeat and made several big saves just to get it to overtime. He'll get another start on Friday.

Thomas Greiss figures to be back in goal after making 35 saves in the Islanders overtime win against the Flyers on Wednesday. Greiss is on a bit of a hot streak, with the Islanders winning his last four starts. He has allowed 12 goals in that time, but has also faced a lot of shots, making 134 saves on 146 shots in that time. Greiss is also 4-2-2 with a 2.81 GAA in his career against the Flyers.

With Andrew MacDonald still not ready to return to the lineup, the Flyers will use the same lineup as Wednesday night, including recent callups Sam Morin and Danick Martel.