Wayne Simmonds Goal Drought Should Not Be Cause for Concern 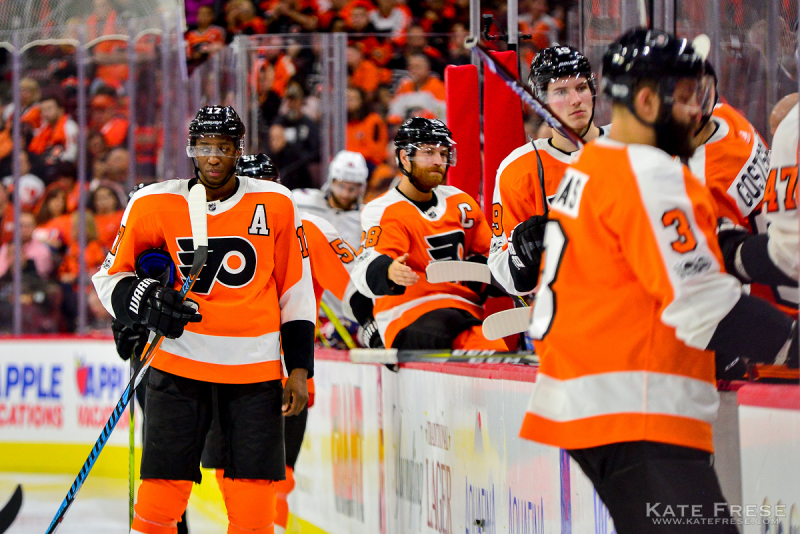 It's been nine games since Flyers forward Wayne Simmonds last scored a goal. Last season's leading scorer for Philadelphia might have some worried about his performance as of late.

But a drought should not be cause to worry too much.

First of all, goal droughts happen. That's hockey. It took Jake Voracek 10 games to tally his first goal. But Voracek was still contributing with assists, 12 in total before finally recording his first goal. For Simmonds, now goalless in his last nine games, points have not come easy. He has just two assists in the last nine games. Still, like Voracek in the early going of the season, Simmonds is sure to find the back of the net once again sooner or later.

Next, Philadelphia's power play has been anything but powerful lately. In the last five games alone, the Flyers have scored just one power play goal on 16 chances. Usually, Simmonds is one to pot the greasy goals on Philadelphia's man-advantage unit, but production is down across the board for this group of late.

Switching up linemates could also kickstart Simmonds' scoring again. Recently, the star forward has been mixed up with the likes of Valtteri Filppula, Dale Weise, Jori Lehtera and Travis Konecny. Aside from breaking up the Flyers' top line, which Dave Hakstol most likely won't do anytime soon, Simmonds might just need to work with new linemates. It may work or it may not, but sometimes things need to be shaken up in a drought.

It's also no secret that Simmonds has experienced his share of bumps and bruises along the way. Simmonds played a couple of games with a protective mask around his jaw from taking a stick to the face, had several maintenance days to nurse a lower-body issue and has been the victim of friendly fire on the power play.

With the nine-game drought, Simmonds is desperate to get the puck into the back of the net. A huge factor in that happening is the Flyers' power play getting going again. Simmonds is a top special teams scorer and he as well as the other power play skaters would love to get the power play back in working order and get Simmonds in the goal column.

Goal droughts are one of a hockey player's worst nightmares. However, great players like Simmonds always find ways to break out of them and find themselves back in the goal column once again. He gets his first chance at that on Tuesday night.