Report: Joel Embiid experiencing 'a little soreness in his knee' 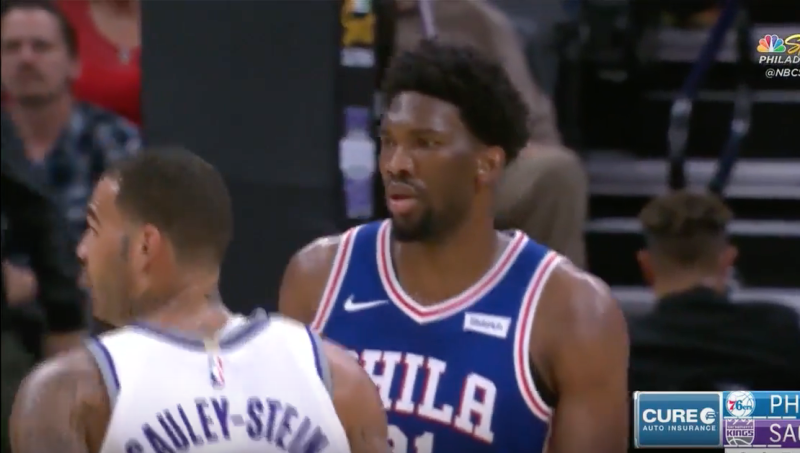 If you've noticed Joel Embiid play a little awkwardly some nights you aren't alone. He really seems like he isn't conditioned fully yet, but that's normal after not playing for an extended amount of time.

But according to Keith Pompey of the Philadelphia Inquirer, the Sixers' star center is experiencing soreness in his knee, but the team is "not concerned" about it.

The #Sixers aren’t concerned, but Joel Embiid is still experiencing a little soreness in his knee. But they think that’s to be expected. They are more focused on improving his condition level.

Embiid suffered a slight torn meniscus injury back in February that sidelined him for the rest of the season and the majority of the offseason as well.

The Sixers and the medical staff have lacked transparency throughout the process of the injury, so it really has been difficult to truly understand how healthy Embiid really is, and how severe the knee injury really was.

Embiid signed a max contract extension with the Sixers on October 9 worth $148 million over five seasons. The deal has some injury exceptions and clauses depending on how much time he misses due to ailments to his knees and feet.

The games Embiid has missed this season has been mostly attributed to just rest, as his conditioning is still not up to par.

Embiid not being as conditioned as the team would like him to be at this point is normal for the amount of time he missed and the amount of actual basketball playing he has experienced over the last year.

Heck, Embiid has played just 42 games in his last four seasons, he's not going to be completely back to basketball shape yet.

Even if this "slight knee soreness" isn't something that is going to keep him out for a significant amount of time, this is still going to be something that the team should monitor closely, just in case it does indeed turn into something more serious.

For now, basketball will carry on as planned as the Sixers visit the Golden State Warriors on Saturday night.