Eagles Flyers Phillies Sixers About Us Write For Us
Phillies Name Three Coaches to Staff
Report: Joel Embiid experiencing 'a little soreness in his knee' 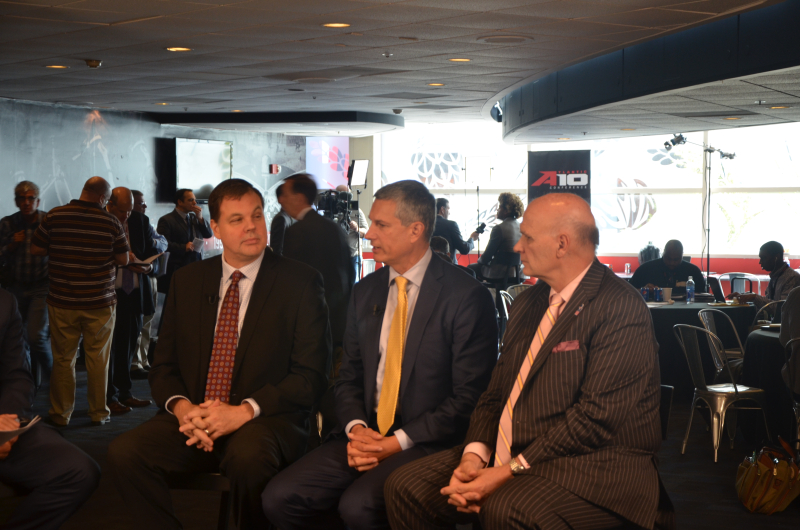 Last season was a rough one for the Hawks. Phil Martelli's men were hampered by injuries which led to them finishing 11-20 on the season. While they should be primed for a bounce-back year, the Atlantic 10 coach's poll has them predicted to finish third in the conference and that may be an ambitious goal. The trio of Shavar Newkirk, Lamarr Kimble and Pierfrancesco Oliva have a lot to prove after missing large parts of the season (or in Oliva's case, the entire season) and they will likely begin the year with some rust.

This will hamper the Hawks in a loaded non-conference schedule that includes games with Princeton, Harvard/ Saint Mary's, St. John's and Villanova. This comes during the time that their players will be feeling the most rust at the beginning of the year but one thing that Martelli's men have in their favor is tremendous depth. The injuries last season pushed people like Charlie Brown and Chris Clover into more action than was expected last season meaning that they know what to expect moving forward.

Newkirk was on pace to challenge for the Atlantic 10 scoring title averaging 20.3 points per game before his injury. Kimble was at 15.5 points per game and Brown came into his own averaging 12.8 along with five rebounds per game. The Hawks also have experience with all five starters from last season coming back. This isn't even factoring in the Phil Martelli factor whose team's rarely finish with losing records in back to back seasons.

This is a team that can compete for an NCAA Tournament berth while but finishing third in the Atlantic 10 may be a stretch for them. Newcomers Taylor Funk and Anthony Lonpre will need to prove that they can compete in the league after impressive preseasons with the team. Oliva's return from his knee injury will be a huge boost as well as he started every game during his freshman season before missing the entirety of last season.

Looking at the team though, they will go as far a Shavar Newkirk can take them. While the depth of the team will be important, the Atlantic 10 is driven by star players. Newkirk is a star and if he can recover properly to be 100 percent by the start of conference play, it can be a big year. In my record prediction, I'm tempering expectations but anything is possible with this team.