Eagles Flyers Phillies Sixers About Us Write For Us
Hextall’s Comments Should Serve as Challenge for Flyers
Stephen A: LeBron Should Consider Philly 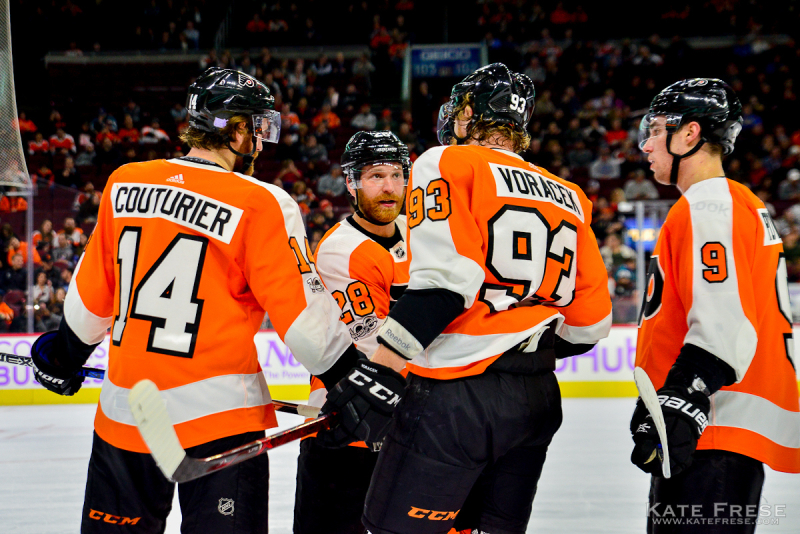 There is a quote that comes to mind from Sir William Osler of Salem, Massachusetts. "Be calm, strong and patient, meet failure and disappointment with courage." This quote was written in the late 1600's during a very turbulent time in Salem, known as the Salem Witch trials.

The reaction to the Flyers nine-game losing streak could be comparable right now and maybe even make the Salem Witch trials look like a minor disagreement right about now.

But enough with the brief history lesson. Although it may sound difficult, here are a three reasons to stay calm despite this losing streak and not look for the coach and/or GM's heads.

There are trials and tribulations throughout the season where teams will go through ups and downs. The ups are some awesome times. The downs are like that nagging cold that just won't go away until you find the right medicine for it. When you get into those lows, staying positive, avoiding the frustration and working hard on a daily basis at everything from system plays to fundamentals is how you beat it.

This is a prototypical, young, rebuilding team that has a bunch of young players on the roster. On paper, this is a better team than the results show and the numbers show. Being a playoff team, as Hextall said they were, is not out of the question with the right kind of work ethic and determined play.

Sure, it is easy to get on the team for under performing. As it should be. But let's understand that this team is young and inexperienced, so before we go looking for a scapegoat to get rid of someone or call to blow up the entire team, keep in mind that this is a growing team that is learning as they go and that patience is required.

Chuck LeGrossa has hit the nail on the head. As Flyer fans we have to remain calm. This is not your typical team gone bad. The top heavy number of young players is a major cause. Youngsters have a difficult time dealing with adversity. They initially look around the locker room for help from veterans. Only in this case, they see more kids their own age or younger. No help here. But, a knee jerk reaction is the last thing this team needs now. A number of these kids will be NHL stars one day. It could happen as a Stanley Cup winner, wearing orange and black, or in some other NHL venue. The City of Philadelphia will determine its hockey future.