Eagles Flyers Phillies Sixers About Us Write For Us
Previous month:
November 2017
Next month:
January 2018

Nick Foles, Torrey Smith may have played in their final regular season game for Eagles

Nick Foles and Torrey Smith will play in at least one more game for the Philadelphia Eagles, when the team plays in the divisional round of the NFC playoffs in two weeks. Whether they play in (or are dressed) for another Eagles regular season game is another story.

Sixers look to end 2017 on high note against Suns

The Sixers are finally coming off a win after Saturday night's victory over the Nuggets in Denver.

It wasn't the prettiest of wins by any means, but at the end of the day, the Sixers were able to get back in the win column, something that has been hard to do in weeks past.

The Sixers rallied late in the second half behind solid play from Dario Saric and Jerryd Bayless to pull out a 107-102 win.

Tonight, on New Years Eve, the Sixers head over to Phoenix to take on the Suns, who have Devin Booker back from a groin injury.

Had Nick Foles followed up his five-touchdown performance in Week 15 with another strong performance last Monday against the Oakland Raiders, he and the Eagles offense may have rested in this afternoon's Week 17 matchup against the Dallas Cowboys. That didn't happen.

While Foles and the Eagles did secure a 19-10 Christmas day win over the Raiders, the offense struggled to move the ball against a bad Raiders team. So despite the fact that the team's Week 17 matchup against the Dallas Cowboys didn't mean anything in terms of the team's playoff standing - the Eagles, win or loss, had locked up a first-round bye and home-field advantage throughout the playoffs - Foles and a majority of the team's starters, well, started the game.

Here are my in-game notes on an abbreviated appearance from Foles:

Bayless leads Sixers comeback over Nuggets with second half burst

A huge third quarter run and an unconscious run from Jerryd Bayless led the Sixers to their largest comeback of the season on Saturday night at Pepsi Center over the Denver Nuggets when they overcame a 14-point deficit for a 107-102 victory.

The Sixers got off to a hot start thanks to J.J. Redick who connected on two jumpers to help get the Sixers a 6-0 lead.

The Sixers found success from their big men in the opening quarter with 17 of the teams 31 points coming from the trio of Dario Saric, Amir Johnson, and Richaun Holmes.

Friday's outdoor game didn't go as planned for Canada, but their shootout loss put them in position to lock up the top spot in Group A at the 2018 World Junior Championships with a win over Denmark.

Carter Hart was back in net for Canada on Saturday night and made all 18 saves in their 8-0 win over Denmark to clinch the top spot in Group A.

Entering week 17 the Eagles will have nothing to play for, having clinched the number one seed in the NFC and home field advantage throughout the playoffs.

The Eagles will give the starters some time but Doug Pederson has no intention of leaving them in for the whole game.

Continue reading "Top 25 Players to Ever Play a Game for the Phillies: No. 12, Jim Bunning" » 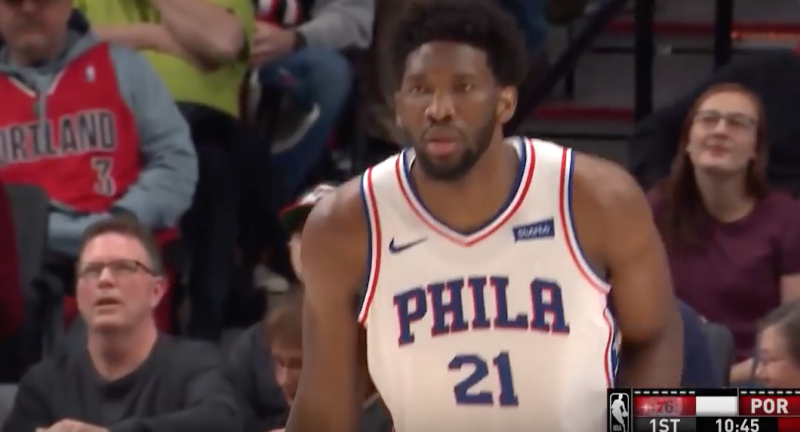 The Sixers announced their latest injury update on Friday afternoon as they head into the new year.
This update involves Joel Embiid, Robert Covington, Justin Anderson, Furkan Korkmaz, and a little bit of the usual regarding Markelle Fultz.

2018 World Junior Update: Hart, Canada Falls to US in Shootout in Outdoor Game

The 2018 World Junior Championships continued on Thursday, but for those interested in only the Flyers prospects in attendance, it was a fairly uneventful day.

Friday, however, presented the marquee matchup, a rematch of last year’s Gold Medal Game between the US and Canada. And this time they took it outdoors.

When the Eagles used their second round pick in the 2017 NFL draft on cornerback Sidney Jones they took a risk - a risk that is about to yield its first return on investment.

Jones was arguably the best cornerback prospect in the draft prior to rupturing his achilles tendon at his pro day. Jones went from being in consideration for a top-10 pick to sliding out of the first round and falling to the Eagles with their second round selection.

The Eagles consistently expressed that the plan with jones was to exercise caution, and not put Jones in a game until they felt that he was back at full health.