Three reasons Brett Brown should be on the 'hot seat' 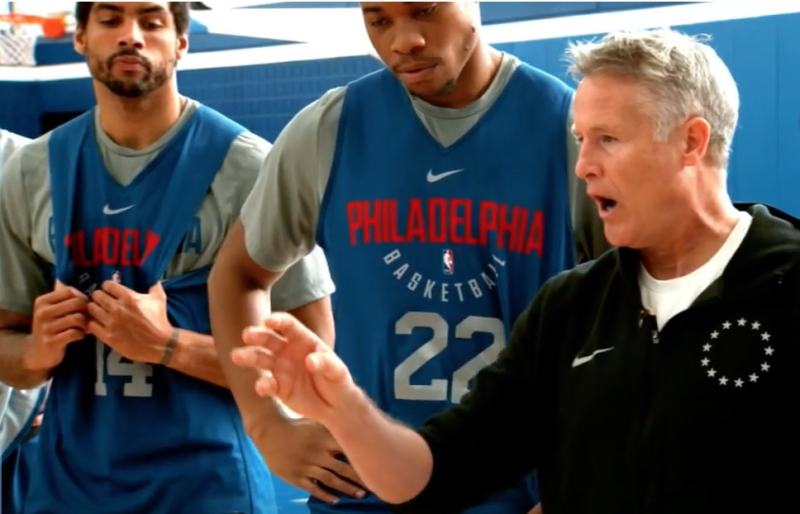 The Philadelphia 76ers, after entering December with a 12-9 record, have been very bad - a record of 3-10 since.

We all have different opinions about why they're struggling - whether it be injuries, Embiid not playing consistently, Robert Covington practically disappearing on offense, or a variety of other reasons.

Now, while I believe all of these are valid, I will tell you why Head Coach Brett Brown should, if he is not already, be under the microscope and on the hot seat in Philly.

Fix What is Broken!

The Sixers currently lead the league with 18.1 turnovers per game. They also rank 22nd in three point percentage, shooting 35-percent.

Game in and game out, the Sixers continue to launch 3-point attempts and turn the ball over at a league leading rate.

Now, I understand the counter argument to this right away, so lets get that out of the way: players make the passes and take the shots. That how sports work, right? So you ask, 'how can Brown be responsible for that?'

As a coach, it is important to notice what works and what doesn't. How your players succeed, what types of looks they need to get.

The Sixers 3-point shooting is led by Robert Covington and J.J Redick. While they are proven shooters, I question some of the looks they get from beyond the arc.

During the Sixers losing streak, Covington is shooting 36-percent in December. This is unacceptable for a player shooting nearly eight 3-pointers per game.

Brown needs to pull Covington aside when he is struggling and make a comment similar to, "find another way to be productive on the floor. I don't want to see any more threes!"

To me, its that simple. Control your players, you are the Head Coach!

The Sixers rank third, which is good for 10-percent of the time, in the league in frequency to pass to a post up situation.

Only the Knicks and the Spurs are ahead of them. However, the Sixers rank third in turnover percentage from the post, at a crazy 19.4-percent. As great as Embiid is from the post, it results in a ton of turnovers.

These are things Brett Brown must know and must fix the aspects of the Sixers which are broken.

Set Players up to Succeed

People will argue with me that 'players win games, not coaches.' This is one of my least favorite phrases because the coach while not physically making the plays, must set his set of players up to succeed.

This is not the case with Brett Brown.

If you've watched a single Sixers game this season, you'd have undoubtedly realized that Ben Simmons has the ability to run the pick and roll - easily the most popular play within the NBA today.

Simmons has been successful running it with Holmes who cannot shoot, Embiid who isn't great at it, and Trevor Booker.

However, through December, I've barely seen a single one.

These types of errors lay solely on the shoulders of Brett Brown, who should be setting his players up to succeed.

The Sixers currently rank 27th in frequency of pick and rolls.

Yes, it's that low. While looking at the numbers, they rank among the middle of the league in FG% when the roll man or the ball handler shoot.

Meanwhile, Richaun Holmes has played only four minutes in the last three games.

Yes, you read that correctly.

If thats not a disaster as a coach, I don't know what is. Brown has effectively iced a player who was extremely productive when the team struggles with depth off the bench.

Figure Out How To Close Out Games

During the Sixers losing streak within December, they have been leading games heading into the 4th Quarter, resulting in losing the game.

This was especially evident during the Sixers loss on Wednesday night in Portland, where they led by as many as 18 late in the game. They ultimately lost by four.

I don't think I can necessarily point a finger at how to fix this problem.

However, I can point that finger at Brown. As a head coach, Brown must win these games. He needs to change something - rotations in the fourth quarter, play style, manage timeouts better, or something.

My best guess at solving the problem is to limit early shot clock 3-point attempts. Slow the game down. No, they aren't 'playing to not lose' but rather create a scenario to win.

Maybe the starters are just too tired in the fourth quarter.

Redick is playing more minutes per game than anytime in his career. Embiid, while missing almost every other game, is not quite in shape yet.

The Sixers bench is extremely unproductive, though, and are among the worst benches in the league. Therefore, keeping your starters rested for the end of the game is tough.

I am not calling for Brett Brown to be fired, yet. However, he needs to be on the hot seat - it is time to figure it out.