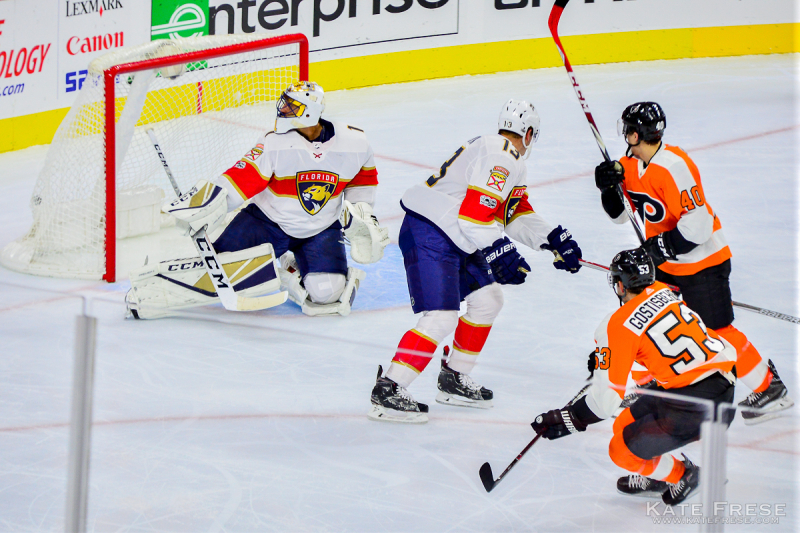 After taking a break for the holidays, the Flyers are back on the ice to continue their four-game road trip in Florida.

The Flyers will see teams at both ends of the standings in this back-to-back, starting with the Florida Panthers, who while being on the lower end of the standings aren't too far behind the Flyers. In the meantime, the Flyers look to get back into the winning column on a regular basis after dropping three of their last four games.

It says a lot for Shayne Gostisbehere's season that he's already matched his goal total from the previous season and is just 12 points off of last season's total in less than half the games played. He's also been one of the Flyers top point producers of late, with three goals and two assists in the last five games. Playing in his home state at an arena near where he grew up provides even more incentive. Gostisbehere had a four-game point streak prior to the Flyers loss in Columbus on Saturday.
Jonathan Huberdeau only played in 31 games last season, so his presence was lost for much of the season. This season, he's returned to form, on pace to put up career numbers for the Panthers. Huberdeau has three goals in the Panthers last two games. Huberdeau has four goals and seven points in 12 career games against the Flyers.

There has been one constant to all of the Flyers games in December. Brian Elliott has been in goal. That trend continues on Thursday, as Elliott gets the start against the Panthers, his 12th straight in goal for the Flyers. Elliott was solid in goal for the Flyers in back-to-back starts last weekend, making 33 saves in the loss to Buffalo and 35 in the shootout loss to Columbus.

James Reimer has been Florida's go-to guy with Roberto Luongo sidelined with injury. Reimer's on a roll of late with wins in his last three starts, including a 38-save shutout against Ottawa in his last start on Dec. 23.

The Flyers used the same lines and defensive pairings as they did in Columbus. There were several changes to the Flyers lines prior to their final game before the holiday break and they will give those combinations a second look on Thursday.