Eagles Flyers Phillies Sixers About Us Write For Us
Phillies Nuggets: On the idea of a Machado trade, Kingery, Sanchez & More!
Report: Phillies 'considering' Jake Arrieta 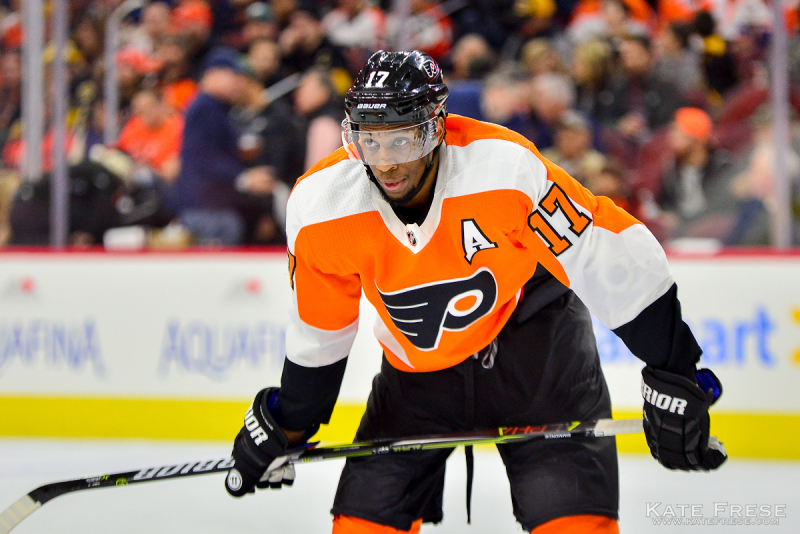 The Flyers have managed to right the ship a bit with their stretch of three straight wins on a Western Canada trip over the last week. The play has been far from perfect, but it’s produced the right results.

Perhaps a little time away from home was exactly what the team needed. But now, they must take the results of a successful road trip and bring it home to Wells Fargo Center, a place where they have struggled this season.

Playing on home ice hasn’t been a problem for the Flyers over the years.

In Dave Hakstol’s first season as head coach, one that ended with a playoff appearance, the Flyers had a 23-10-8 home record as compared to an 18-17-6 record on the road.

More importantly than that, the Flyers last two appearances on home ice have been two of their worst games this season, a 3-1 defeat to the San Jose Sharks and a 3-0 defeat to the Boston Bruins that featured a lifeless team with no passion and energy.

That had the fans chanting for the team to fire the head coach and raining boos down on the team.

After their three-game winning streak on the road, which brought their road record this season to 7-5-3, the Flyers have a chance to turn things around on home ice with some better results and more positive vibes around the team now.

It’s going to be needed too, since the team will play the next five games on home ice before hitting the road for four games, split by the NHL’s Christmas break.

“What I think the type of game we’re playing and that we need to play for the rest of the season, especially at home, is not trying to do too much fancy stuff,” Brian Elliott said. “It’s get back to the basics and pucks on net and bang in some rebounds. I think it’s a little harder to do mentally at home because it’s human nature to try to do something fancy at home in front of your home fans. They would rather see a win than a fancy play, so I think we’re going to try to keep it simple.”

“We played good hockey out West. We played together and played hard each night for 60 minutes,” Hakstol said. “Each one of those wins out there is a different type of win, but the common theme there we played hard together. We just have to come back and do the same thing here.”

The stretch at home doesn’t start off any easier. After three games in Canada, the Toronto Maple Leafs and their wealth of young talent pay a visit to Philadelphia. The Flyers will also face an upstart Dallas Stars team and the Pacific Division-leading Los Angeles Kings as part of the homestand.

It’s a tough stretch of games that can certainly be a measuring stick for if the team has come a long way out of their 10-game losing streak or if their slip into the pretender category continues.

But for a change, the time on the road hasn’t been the problem it was before. It’s been playing at home, and that’s something that makes the fans even more frustrated.

So the Flyers can double-purpose this five-game homestand -- try to gain some ground in the standings and give the fans something to cheer about after leaving town on the sourest of notes 10 days ago.