Eagles Flyers Phillies Sixers About Us Write For Us
Flyers Win Fourth Straight in Comeback Over Leafs
Next Man Up: Nick Foles is capable of leading Eagles to victory 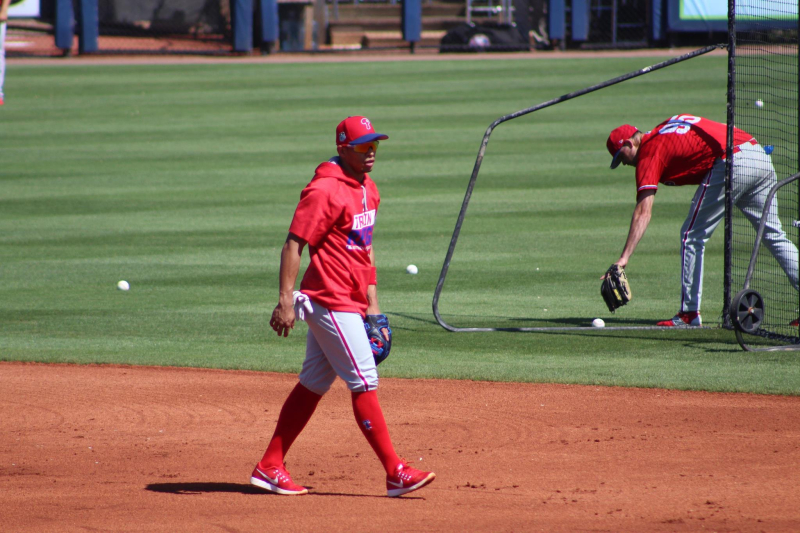 For the past two seasons, Philadelphia Phillies second baseman has been one of the best kept secrets in baseball. But if they weren't familiar with Hernandez already, the baseball world is becoming very familiar with the 27-year-old at the MLB Winter Meetings.

Mets are weighing kinsler, kipnis, Harrison, Hernandez (tho Hernandez would take a haul) for 2B. Castro not in mix.

This isn't the first time that the Mets have been connected to Hernandez. Heyman reported late last month that the Mets had checked in on Hernandez. In addition to the Mets, the Los Angeles Angels have been interested in Hernandez for over a year. Jim Salisbury of NBC Sports Philadelphia reported yesterday that the Angels "covet" Hernandez, and given their recent moves, they seem motivated to continue adding talented players like Hernandez.

Jeff Fletcher of The Orange County Register reported Tuesday that the Phillies are targeting either pitching prospects, or pitchers that are yet to become arbitration eligible in a return for Hernandez.

Why is the Phillies asking price on Hernandez high? Despite the fact that top prospect Scott Kingery is looming at Triple-A, Hernandez has led the Phillies in walks for three straight seasons, grades out well as a fielder and has untapped potential as a basestealer. He also can't become a free-agent until after 2020.

Though Hernandez may take more to acquire in a trade than someone like Ian Kinsler, he's under team control through 2020, while Kinsler can become a free-agent after next season. He also will make less than the $11 million that Kinsler is scheduled to make in 2018.