Eagles Flyers Phillies Sixers About Us Write For Us
Previous month:
December 2017
Next month:
February 2018

Super Bowl XXXIX: Where Are They Now?

Contrary to what many of the headlines are saying, this Sunday's game between the Philadelphia Eagles and New England Patriots isn't exactly a rematch.

As for the actual participants of that 13-year-old contest, here's a look at what some of them have been up to since their paths crossed on a February evening in Jacksonville.

Continue reading "Super Bowl XXXIX: Where Are They Now?" »

The Flyers first game out of the All-Star break was a lot like their last game before it. It started with a strong first period and this time the reward for a solid period with goals on the scoreboard to boot.

But the final 40 minutes went a lot like their last game too, by being outplayed by the opponent. The Washington Capitals struck for five goals in the final two periods to take home a 5-3 victory over the Flyers on Wednesday night. The Philadelphia 76ers (24-24) are back at the .500 mark after losing their third straight game tonight at the hands of the Brooklyn Nets (19-33), 116-108. Spencer Dinwiddie was lights out from the line and D'Angelo Russell was dominant off the bench. Despite keeping their turnovers in check, the Sixers could never take control in a game they most certainly could have won. After winning seven of nine to start the month of January, the Sixers have lost three in a row and closed out their road trip 1-3.

Leading up to the Eagles matchup in Super Bowl LII against the New England Patriots Sports Talk Philly and Eagledelphia will compare the personnel of the two teams each day until gameday is here.

In this edition of our week-long comparison we will look at the offensive lines.

There will be a former Super Bowl winning QB talking to the Eagles before Super Bowl LII, at the request of head coach Doug Pederson.
Pro Football Hall of Fame member, former three-time NFL MVP, and Super Bowl XXXI Champion Brett Favre will address the Eagles Saturday ahead of their matchup on Sunday with the New England Patriots.

How past second-year head coaches fared in the Super Bowl

"I understand what it feels like to win in this city. This city hasn't won and this organization hasn't won in quite some time. It's my job to turn that around." Doug Pedersen said at his first press conference as coach of the Philadelphia Eagles back in January 2016. Team owner Jeffrey Lurie said Pederson "checked the box on everything" and was a "smart, strategic thinker".  A lot of fans questioned the decision to hire Pederson. For many, foggy memories of a horrific 1999 season filled their heads: a 2-7 record as a starter with a 52.4% completion percentage, 1,276 passion yards, seven touchdown passes, and nine interceptions. To top that off, Pederson was an Andy Reid disciple who spent several seasons on Reid's staff in both Philadelphia and Kansas City since 2009. Of course, Reid is the winningest coach in franchise history but also known for his poor clock management, lopsided pass-happy play calling, and inability to win the big games.

Two years later the fan opinion has turned from disgust and/or skepticism to glee and optimism. Doug Pederson, in just his second season as an NFL head coach, has the Eagles just one game from the ultimate goal - a Super Bowl victory nobody envisioned outside the Novacare Complex at the beginning of this season.

The table above shows that second year coaches who make the Super Bowl are 4-6 in the big game. Going deeper into this chart, the record for second year coaches to face a coach with 1+ Super Bowl appearances are  1-3 (Malavasi v. Noll, Gibbs v. Shula, Fox v. Belichick, Wisenhunt v. Belichick, and Quinn v. Belichick). Only three of the above coaches led their teams to the playoffs in their first season while only one of the coaches in the chart above failed to post a .500 or better record in their first season (John Fox's Carolina Panthers were 7-9 in 2002).

Does it mean anything? Sure. The record shows that it's hard to win in the big game and even harder to win against a coach who has been there before. As is shown above, Belichick's Patriots have beaten three different second year head coaches in the Super Bowl. The Patriots are a dynasty and what that franchise has been able to accomplish since 2000 is nothing short of amazing. Doug Pederson, his coaching staff, and the players will have to execute an excellent game plan to defeat New England on Sunday, but it's not impossible, especially considering the quality and attitude in the Philadelphia locker room.

Oh, and coaches who wear a visor in the Super Bowl are 2-0 (John Gruden and Sean Payton). Stick with the visor, Doug.

Underdogs of the Eagles: Patrick Robinson

Leading up to the Eagles playing the New England Patriots on February 4, Sports Talk Philly will be taking a look at the underdogs on the Eagles roster that have made their run to become the underdogs in Super Bowl LII possible.

In this edition, we will focus on cornerback Patrick Robinson. 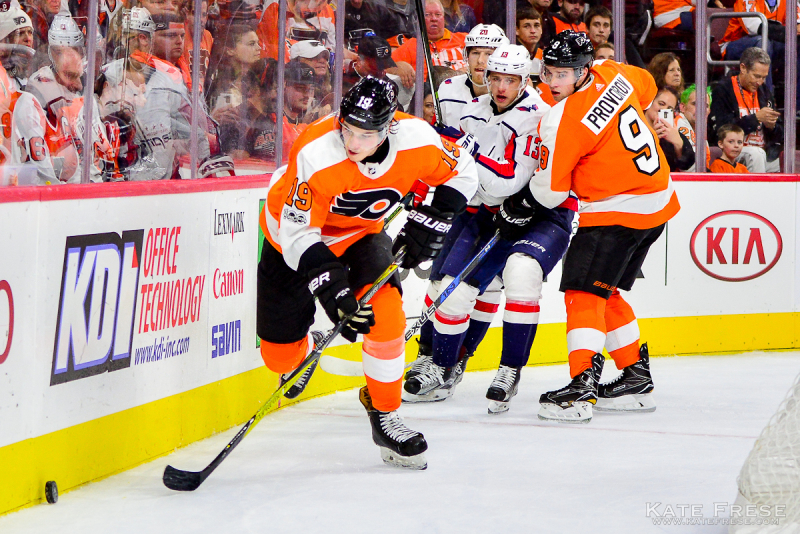 It's time for the stretch run. While the Flyers still have 33 games on the schedule and a lot of points are still up for grabs, those games will all take place in just over two months, so it is very much a sprint to the finish.

Many of these games will be against division opponents, including the first, as the Flyers take on the Washington Capitals on Wednesday night to open up their post-All-Star break schedule.

If there's one thing this young Philadelphia 76ers team needs is more depth. Even with a full roster that includes a healthy JJ Redick, Jerryd Bayless and Markelle Fultz, if the organization wants to compete for a championship eventually, they'll need to move on from guys like Justin Anderson and Timothe Luwawu-Cabarrot. It looks like Bryan Colangelo and the front office is already seeking ways to improve the playoff-hopeful Sixers, reportedly showing interest in Grizzlies veteran guard Tyreke Evans.

The Sixers have expressed trade interest in Tyreke Evans, according to league sources, but Memphis continues to seek a first-round pick in an Evans deal and Philly is naturally reluctant to surrender it

It's no surprise that the Sixers are not willing, at this time, to give up a first-round pick. They hold their first round picks for the next couple of years, but are also waiting to see whether they'll have to surrender the Lakers' first-rounder in 2018, Sacramento first-rounder in 2019 or their own pick in 2019 to the Celtics after trading up to get Markelle Fultz prior to the 2017 draft. With Fultz's status still up in the air, a first-round pick would be a lot to give.

With Tyreke Evans signed just through this season, it's a bit of a risk to make a deal involving a first-round pick for a guy that could very well leave. It's worth mentioning that Evans is a native of Chester, PA, though and is in the midst of one of the best years of his career. In 46 games for the 18-31 Grizzlies this season, Evans is averaging 19.5 points (highest since rookie year 2009-10), five assists and five rebounds, shooting 45.8 percent from the floor (highest since 2012-13) and 39.2 percent from beyond the arc. His contract is for $3.3 million this season.

It will be interesting to see if Colangelo continues to explore a deal with the Grizzlies and how a package could be put together that includes a TLC or Richaun Holmes type player.

The Philadelphia 76ers (24-23) have lost two in a row after winning nine of 11 prior to Sunday's loss in Oklahoma City. They followed that up with a defeat in Milwaukee without Joel Embiid. Tonight, the Sixers visit the Brooklyn Nets (18-33) and former teammates Jahlil Okafor and Nik Stauskas for the first time since they departed Philadelphia in a trade back in early December.

"Just to see them on another bench and subbing in against us, it's going to be really weird," T.J. McConnell told reporters on Tuesday after practice. "I'm especially close with Nik and Jahlil so playing against two really good friends, it's going to be different."

With the Pistons (23-24) coming off of a big win against Cleveland on Tuesday and Blake Griffin now on their roster, the Sixers can't afford to lose games like tonight's if they plan to make a push for the playoffs. Brooklyn has lost 10 of their last 13. Currently, the Sixers sit in the eighth spot in the Eastern Conference, two games ahead of the Pistons and three in front of the Knicks (23-28), who they play on February 12.