Eagles Flyers Phillies Sixers About Us Write For Us
Underdogs of the Eagles: Jake Elliott
Phillies Sign Veteran Closer K-Rod 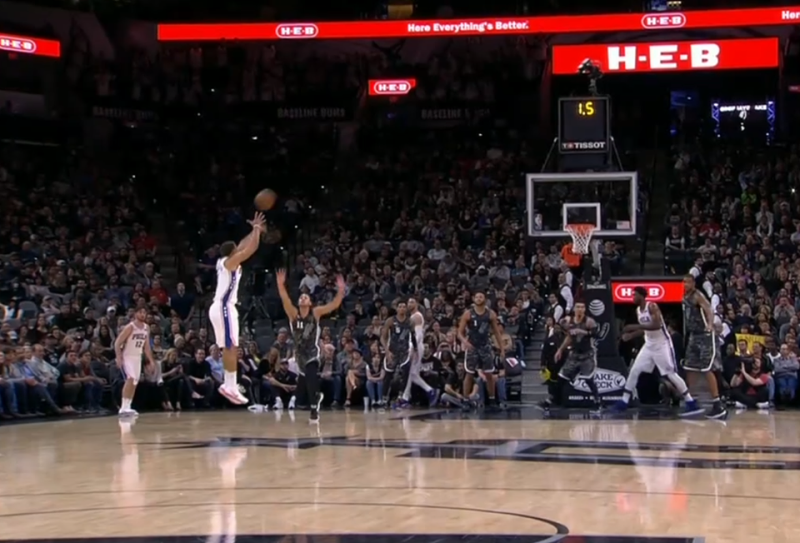 You can never take your eyes off of a Sixers game due to their knack for blowing big leads, but this one was over pretty early.

Things got off to a rocky start with both teams shooting poorly and San Antonio mishandling the ball. Philadelphia had many sloppy plays but they did not commit a turnover in the first. The Spurs had four.

Simmons scored four of the Sixers' first seven points as they took an early 7-5 lead. Timothé Luwawu-Cabarrot drilled the first three of the game then LaMarcus Aldridge exchanged buckets with Ben Simmons and Joel Embiid to make it 14-9. Embiid, Saric and Justin Anderson scored three buckets in a row for the Sixers before Tony Parker answered with a 14-footer. McConnell banked in half-court three at the end of the first but it did not count.

The Sixers led 25-13 behind Simmons' six and Embiid's five.

The Sixers dominated and extended their lead to 38-17 with 6:20 left. Surprisingly the usually turnover-happy Sixers had their first turnover of the game shortly after.

As the teams started to find a groove, the lead was shortened to 14 at 43-29 with 2:30 left before the half. Anderson drilled a triple as the clock expired and the Sixers took a 50-31 lead into the break.

The defensive tenacity continued for the Sixers and the Spurs weren't able to get much going offensively. Philadelphia held the Spurs to zero three-pointers or fast-break points in the quarter and held a six to one turnover advantage in the second.

The flow of the game slowed down even more in the third as the teams combined to commit 15 fouls after only committing seven total in the first half.

Embiid and Simmons began to take over the game roughly halfway through the quarter.

Simmons made a beautiful underhand assist, Embiid hit a three and then Simmons blocked a shot on the other end.

Brett Brown called a timeout with 4:23 left in the third with the Sixers ahead 66-46. Right out of the break Saric drilled a three and the team kept rolling. Their lead got to its highest point at 25 and they finished the quarter leading by 20, 81-61.

Joel Embiid took two trips to the line to begin the fourth, making three of four and extending his point total to 18.

LaMarcus Aldridge hit a turnaround jumper to cut the lead to 16 with 7:45 left but that's the closest they would get.

Embiid led the Sixers with 18 points and 14 boards. Ben Simmons added 21 points, seven assists and five rebounds on 10 of 11 shooting. Dario Saric had 15 and Justin Anderson had 12 off the bench.

For the Spurs, LaMarcus Aldridge had 18 points and Dejounte Murray had 10 points, nine rebounds and five assists.

This was the beginning of a four-game road trip for the Sixers. They will travel to face the Oklahoma City Thunder on Sunday.