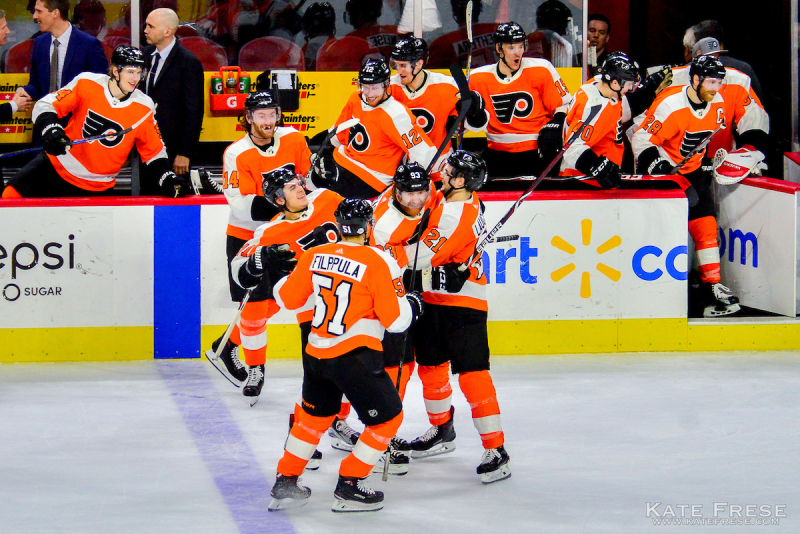 Just when you think the Flyers luck had run out, they get someone to step up and take control of a final result.

This time, it was Jake Voracek's turn.

Voracek played hero twice, scoring the tying goal with 1:25 left in regulation and then the game-winning goal at 1:26 of overtime to give the Flyers their third straight win and seventh in the last eight games.

Let's jump right in with our Postgame Review.

"We stuck with it. Honestly I think we were a little bit tired, but we found a way to win, it all worked out." - Flyers forward Jake Voracek

The play of the game has to be the shot from Jake Voracek to win the game, giving the Flyers yet another win in their stretch of points in nine straight games.

Stat of the Game
How about a third straight game where the Flyers did not have to kill a penalty? The Flyers did just that, going 1-for-3 on the power play and once again having their only penalty of the game be a fighting major. That's one way to improve the penalty kill.