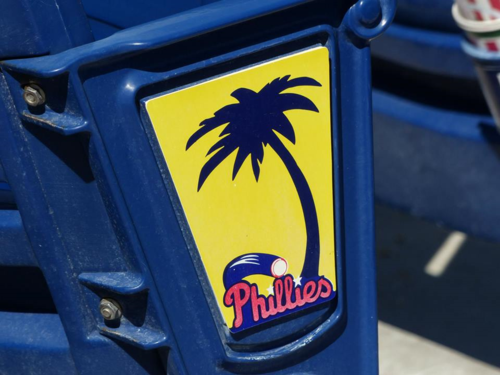 CLEARWATER, Fla. — For the first time under rookie manager Gabe Kapler, the 2018 Philadelphia Phillies will take the field as they oppose the University of Tampa Spartans Thursday afternoon at Spectrum Field.

The exhibition game will be the fourth meeting between the two clubs since 2015. The Phillies fell 6-2 to the Spartans in 2015, but rebounded with 8-3 and 6-0 victories in each of their last two annual contests. The Spartans are 7-2 thus far in their collegiate season and currently rank 17th in the National Collegiate Baseball Writers Association poll for NCAA Division II with 164 points.

The Phillies could use "as many as nine pitchers" against the Spartans, according to NBC Sports Philadelphia's Jim Salisbury. The first to appear will be starting right-handed pitcher Jerad Eickhoff, who looks to rebound after a setback 2017 season. Eickhoff started last year 0-7 with a 4.93 ERA after his first 14 starts, but improved over his final 10 outings, going 4-1 with a 4.38 ERA. Eickhoff was diagnosed with nerve irritation in his right hand after leaving his start early on August 30 against the Atlanta Braves. He did not return, as the club transferred him to the 60-day disabled list on Sept. 2.

Opening Day is exactly five weeks away, as the Phillies will begin the season Thursday, March 29, away against the Braves.

The Phillies and Blue Jays will wear Marjory Stoneman Douglas High School hats to support victims of the recent school shooting in Parkland, Florida. Players will sign the hats after the game, to then be auctioned off. All proceeds raised will benefit the Broward Education Foundation and the Stoneman Douglas Victims’ Fund.