Sixers return to action against the Bulls 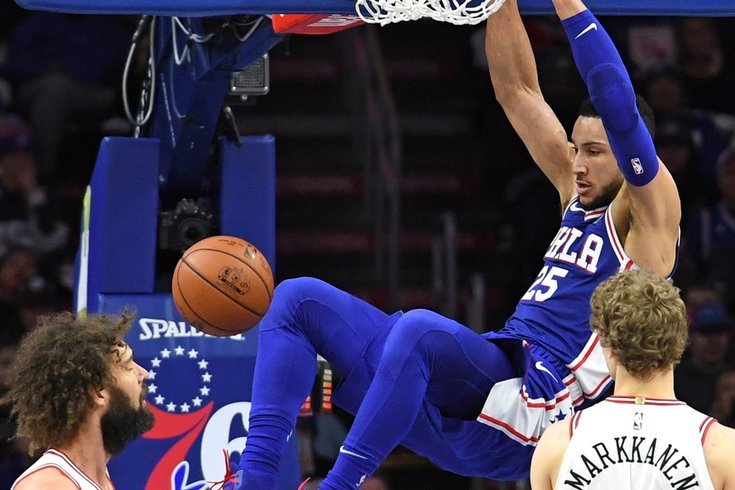 The Philadelphia 76ers (30-25) finally hit the court after a long absence thanks to All Star Weekend as they hit the road to visit the Chicago Bulls (20-37). The Sixers are looking to begin a long awaited (for Sixers fans at least) charge for playoff position. The Bulls are looking to develop strategies and players for the future. Huh, to be honest this sounds like the roles were reversed just a couple of seasons ago.

Okay, sure, the month of March is coming. Now that the Sixers are in actual playoff conversation, "March" takes a different meaning. The Sixers will be joining plenty of others teams as they march for getting into the 8th seed, or higher. Joel Embiid, never to be quiet, said that's the Sixers' goal. Become the 4th seed. Their schedule is friendly enough. If the Sixers are moving towards being contenders and not pretenders, they will win games they are "supposed to win". At the same time, they will hang with, and even pull off upsets. That's how they march to the 4th seed. Simple as that.

Is the Super Bowl Magic Gone?

For a good two games after the Philadelphia Eagles won the Super Bowl, the Sixers never trailed in their games. Then, while they ended up trailing, they never actually lost. They have won five straight games. They have been playing on their home court in front of more than usually energized crowds thanks to that recent championship.

But now, the Sixers haven't played in a week, and they'll be on the road. Is that Super Bowl spark gone? Most likely, but at least the Sixers took advantage of that. Those moments don't show up in the history books. Years from now, it'll just look like another little five game streak. But, something special happened and the only wish is that it never ends.

The Sixers had signed Marco Belinelli and, shortly after that, the Sixers lost Justin Anderson to a nasty looking ankle injury. Belinelli is primarily known as a shooter throughout his career, and that's exactly what the Sixers will need now. It's time for the veteran to step up. It's his chance. Or something.

He contributed very well in the Sixers' last game against the Miami Heat. He scored 17  points while the Sixers did the general opposite of what they do. Yes, usually the Sixers BUILD the big leads and lose they, almost willingly. But this time was different! They were DOWN 24 and came back to win the game. It was a strange game, but a very good sign for the Sixers. They are living life without Embiid. You won't get far without him, but it's not as "all or nothing" as before.

Call it what it is. TANKing. The Bulls are going to be playing around with their roster now. The Bulls are replacing veterans like former Sixer Justin Holiday and Robin Lopez for Cristiano Felicio and David Nwaba. They are looking to see what they have for the future. Sure, the Bulls will compete. But, the Sixers (of all teams) should know not to underestimate a team who is not trying to win.

The Bulls have lost nine of their last 11 games, and aren't looking like they'll be reversing their misfortune anytime soon.