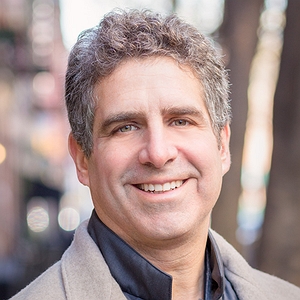 Fans have seemingly gotten what they wanted for this Philadelphia Union team as Richard Leibovitch has all but been confirmed as the new minority owner of the club. The longing moaners and drawn-out tweeters from a hungry fan base across all platforms of social media can rest a little easier knowing their team is strengthening its' position as a team that can get their man, no matter the cost. What makes this news so interesting is that Leibovitch has been presenting himself as an owner for over a month now, yet no official word has confirmed this information. That's because the outlying factor that has kept this story under wraps for so long is the hesitation to pull the trigger by new ownership due to the increasing hyper-negativity surrounding the team leading up to the start of the 2018 season.

It seems every winter we've become obligated to discuss whether or not fans are rationalized in carrying a coffin up to the gates of Talen Energy Stadium because majority owner Jay Sugarman didn't splurge enough cash on an international DP. While Borek Dockal and David Accam's additions certainly relieved that pressure of being a relevant Major League Soccer team, Union ownership has been feeling the fire from their fan base to open their wallets and bolster the depth of this young squad.

Which is why Accam's arrival at Philadelphia International Airport in late January was rather refreshing for more reasons than one. They got to give a small sample of the support Union players can come to expect from fans of all ages on gameday, while also seeing prominent members of the Philly front office come out of their way to make their newest player feel right at home. This included head coach Jim Curtin, technical director Earnie Stewart and a mystery man wearing a Union scarf who introduced himself simply as "one of the owners" and proceeded to take a selfie with a smiling David Accam. Constantly smiling throughout the day, interacting with excited fans around the airport and being introduced to Accam by Stewart as someone "you'll be seeing a lot", it appears that the Union ownership group had found a new member who is ready and willing to stand in the spotlight. His name is Richard G. Leibovitch and from what can be gathered in observing his first appearance representing the Philadelphia Union brand, he looks to be the 'man upstairs' Union fans have been wanting for a very long time.

Leibovitch is the co-founder of Arel Capital; a firm that specializes in the handling of real-estate properties across some of the largest cities in the United States. The former Chief Investment Officer of Gottex Fund Management and JP Morgan senior executive heads the firm's investment activities alongside his managing partner, Gabriel Bousbib. Born in Montreal, Leibovitch has a Bachelor's degree in Economics with honors from McGill University and an MPhil in Economics from Cambridge University.

Whether his time in England influenced this decision to move into professional soccer or not, it's clear Leibovitch has an appreciation for the atmosphere it provides. In speaking with fans at PHL upon Accam's arrival, it seems the newest owner desires to be among the fans, wearing Union gear and be far more vocal and visible than majority owner Jay Sugarman has been in recent years. While his background in regards to soccer remains unclear at this time, the consensus response to his interactions were that of smiles from excited families and prominent members of the Sons of Ben supporters group. According to a few fans who were at the Accam greeting, Leibovitch was very engaged in conversation regarding the state of excitement going into the season as well as what individuals liked and did not from last season.

This was in January. And yet after that day in PHL, there has been radio silence from Leibovitch's side as well as the Union's. Nothing was able to be confirmed on either party's side and the lead on a new member of the ownership group had all but gone cold. How could something so publicly presented to fans longing for a new owner stay all but hidden for so long? That precisely lies on the fan base itself.

A source, who held a personal conversation with Leibovitch after Accam's arrival, confirmed that the new owner was "concerned about the negative social media comments from the fan base" during a time where ownership bashing and reluctance to purchase tickets for games had nearly quadrupled on Twitter, Facebook and Reddit. While the Philadelphia market always poses the distinct possibility of having fans who will never be happy with a team's success, the evidence of nihilism and hyper-negativity among Union supporters has been on full blast all offseason long; even carrying over following the team's opening victory against the New England Revolution.

It's clear on most accounts that the foundational focus of ownership has been on building up Philadelphia's academy and infrastructure in an attempt to establish themselves as the well-rounded model for MLS franchises for years to come. But with most of these actions and deals happening behind the scenes, there's little transparency available about this progress for a fan to latch onto and get excited about, while other clubs break the bank for immediate impact talent. Earnie Stewart cannot afford to be the middleman of this type of information, and with so many outside ventures aside from the Union, Jay Sugarman is hardly the man to step in front of the podium on a weekly basis.

That's what makes Mr. Leibovitch such a breath of fresh air for a fan base that has longed for some type of change as to how present this ownership is with its own team. Someone who can direct fire away from Stewart to allow him to do his job as technical director. An individual with decades of experience dealing in bidding wars and upselling potential opportunities for further investors, Leibovitch is the perfect medium for a savvy, business-minded individual who has, at the very least, an interest in Philadelphia's soccer operations.

Union fans should be counting their lucky stars that Leibovitch stood strong in his assessment of potential upside within this organization. The man knows good business when he sees it; but to see the foundation so riddled with doom and gloom can never be reassuring to a potential buyer. While it's ignorant to propose a silence on the negativity front regarding this team, it can be said that it should, at the very least, be dialed back a bit. The owners have heard your pleas and ultimately followed through with what they promised in the early portion of the offseason. This team now possesses the tools needed to be competitive now and have the financial resources to sustain that success down the line.

But let this be a beckoning cry to the cynical ones out there who spew their unfiltered opinions of anger and disappointment across the landscape of social media. A team is only as promising as the fans who support it; and if those fans appear to be uninterested in the product being sold, who would want to buy it? Everyone is entitled to their freedom of speech, but when it comes to your favorite sports team, it would be best for everyone if you chose those words wisely. After all, a few mean tweets nearly cost your club millions.