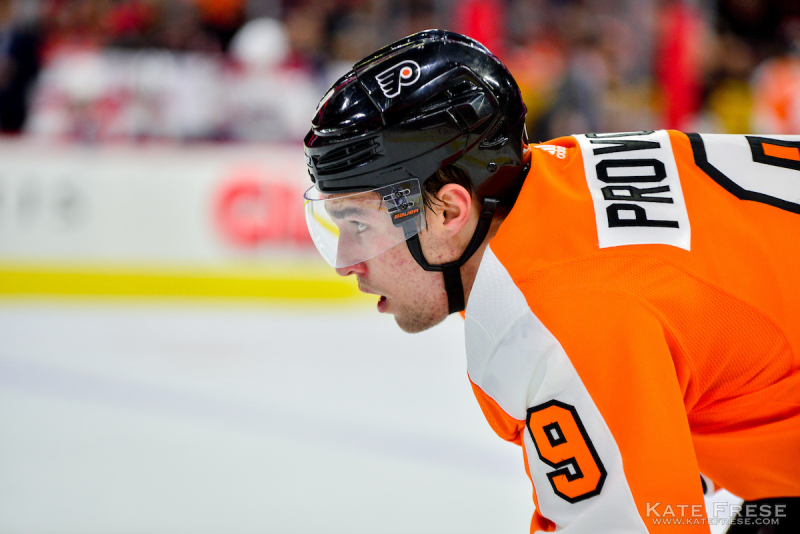 Opposing players won't get blown off the puck physically by him, He won't be giving opposing players bleeding ears with any type of trash talking and he won't light the score board up. Yet NHL analyst Keith Jones labels him to be the next potential Nick Lidstrom, and the Flyers will take even a sliver of that.

At 6'1", 200 pounds and 21 years of age, Ivan Provorov is becoming the young stud the Flyers were hoping for and needed him to be in the traditional and non-traditional hockey sense.

Standing in his locker room stall, a few reporters were lobbing questions his way, some he had already answered a few times. It was one question that stood out to me the most in listening to his conversation with reporters. Provorov was asked, "How could someone so young play so old?"

This is where one of the non-traditional hockey senses that Ivan Provorov is evolving into comes into play.

This kid, his second year in the league, barely has chin hair, let alone hair on his face and he answered that question like a seasoned veteran.

Provorov has 29 points in 64 games played this season. Will that win you the Hart or Norris Trophy? No, but that's not what the Flyers need and expect.

On the ice, Provorov shows spectacular poise and positioning both with and without the puck. His play with the puck in both the offensive and defensive zones are mature beyond his years, especially when he breaks the puck and play out of his own zone with such ease and his ability to close off opposing players by taking their angles away is done like Hall of Famer Brian Leetch used to do -- quick, strong and would turn the play back up the ice.

Provorov is not lighting up stat sheets either, but what he is doing is logging 20-plus minutes per game and playing a two-way game that is so good, it is one of the reasons the Flyers can have chances to win almost every game in recent memory. Provorov is also playing against and shutting down some of the league's top lines and is providing young stability to a blue line that has needed that for years.

What we are seeing is a young man with ability beyond his years play at such a high level against some of the best, and get better with each passing playing minute. It's his maturity and determination off the ice and his skill and poise on the ice that is making him one of the best young defenders in the league.

Would the Flyers take a mix of a Brian Leetch and Nick Lidstrom? Sure, but if he keeps playing the way he is and evolving the way he is right in front of our eyes, maybe the new standard will be just Ivan Provorov.

That is what the Flyers were hoping for, and that's what they needed out of this young man.