Eagles Flyers Phillies Sixers Union About Us Write For Us
Phillies Nuggets: Just like that, Matt Klentak won the offseason
With excess of talent, Phillies may not ride out Herrera's struggles 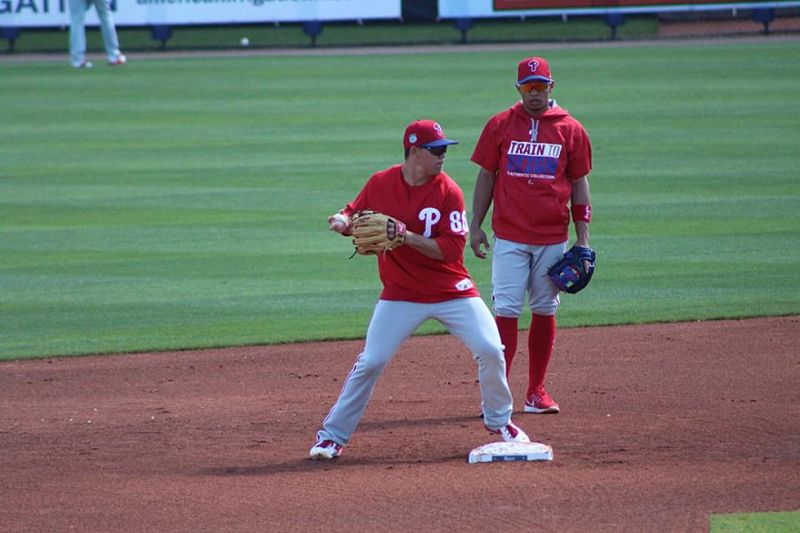 In somewhat unexpected news Sunday morning, the Philadelphia Phillies agreed to a six-year deal with Scott Kingery, making him the second player in big league history to sign a long-term contract before making their Major League debut. The other guy? Former Phillies prospect Jonathan Singleton.

Kingery, 23, put on a phenomenal performance this spring, hitting .392 (20-for-51) with three doubles, one triple, four home runs, seven RBIs, four stolen bases and a 1.140 OPS in 20 games. He played in both the infield and outfield during Grapefruit League action and Phillies manager Gabe Kapler said that he'd feel comfortable starting Kingery pretty much anywhere.

Gabe Kapler said he'd be comfortable starting Kingery at 2B, 3B, SS, LF, CF, and RF. Prizes his flexibility.

"Maybe at some point first also becomes an option. It would not surprise me to find out that he can be adequate at first base without all that much preparation."

With Cesar Hernandez at second base, J.P. Crawford at short and Maikel Franco at third, Kapler will have to get creative to rotate guys around to get each of them enough at-bats. This deal could be a precursor to a Hernandez trade, but there's been no reports of that just yet. Most fans would probably just put Kingery at third and have Franco come off the bench.

In the outfield, the Phillies have somewhat of a logjam as well. Nick Williams, Odubel Herrera and Aaron Altherr are now joined by Rhys Hoskins, who will shift primarily to the outfield after the team signed Carlos Santana.

There's a plethora of young talent all over the field for the Phillies, and Scott Kingery earned himself a spot on the Opening Day roster.