Philadelphia Union miss opportunities in draw with the Crew 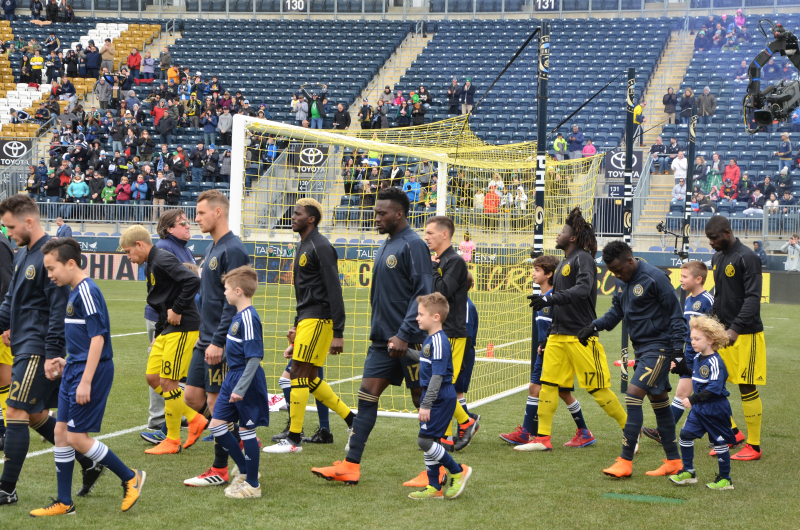 On Saint Patrick's day at Talen Energy Stadium, the Son's of Ben were gifted with a start from the new Philadelphia Union number 10, Borek Dockal in a 0-0 draw with the Columbus Crew.

Replacing Anthony Fontana, Dockal looked like he needed time to settle in in the early going. But while that happened the Union defense held firm and kept the fast-starting Crew off of the scoreboard. In their second game together, the pairing of Auston Trusty and Jack Elliott looked more assured and were able to keep Zardes at bay.

Looking at the midfield, Borek Dockal showed shades of Haris Medunjanin at the beginning of last season as he looked to float into the right positions but didn't have the chemistry with the team for them to find him in space. Eventually, the results will come, but with him recovering from an ankle injury and the union having a week off after a win it was tough to get it going versus the Crew.

For Dockal, he expects the next game to be completely different as it was clear that there were chemistry issues and that the team didn't use David Accam enough in the game.

While the Union didn't play their best half, they were able to enter the locker room with the score tied at 0-0. But at the half, Fabinho had to be taken out in favor of Ray Gaddis due to a leg injury.

Coming out in the second half, the Union pinned the Crew back but were unable to make it count. Fabian Herbers didn't look 100 percent on breakaways and his replacement Cory Burke was wasteful on the ball leading to way too many turnovers in the final third. One concern is that players were too comfortable with dribbling into spaces with three Crew players without looking for a pass.

Defense is usually ahead of the offense at this time of the year and it showed in the performance from Keegan Rosenberry. My pick for man of the match, Rosenberry looks to have put last year's disappointments behind him. Rosenberry was very active in making interceptions and recoveries in order to spring the offense on the counter. If he's able to perform like this on a consistent basis, last year will begin to look more like an aberration than the norm.

The team will enter another bye week, their second in four weeks, before a trip to Colorado to face the Rapids and during that time they'll be able to take a look at the issues from this game but a point and a clean sheet versus a team that made the playoffs last year is always a good result.