Eagles Flyers Phillies Sixers About Us Write For Us
Flyers-Lightning: Game 65 Preview
Flyers toppled by Lightning in shootout, 7-6 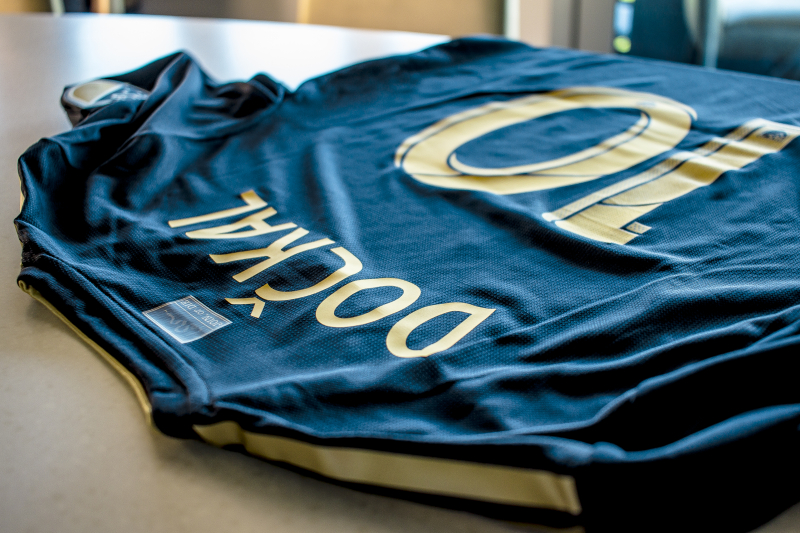 During the history of the Philadelphia Union, the only accomplishments that the team has to hang their hat on are two US Open Cup final appearances and two playoff appearances that ended in two first-round exits. It has been a history mired in mediocrity one during which the team wouldn't open the purse strings to keep up spending with the rest of the league. With Earnie Stewart joining the team, the Philadelphia Union have doubled down on their youth while bringing in players that can help the team win now while not blocking the kids.

But until this season, it seemed like a convoluted plan. The kids weren't developing and the new recruits weren't good enough. But this season with the additions of Borek Dockal and David Accam, the Philadelphia Union mean business. A team doesn't add a Designated Player on loan unless they are looking to win now and the Union are looking to do just that. What is also interesting is that the Philadelphia Union are doing this while also playing some of their impressive youth prospects.

On opening day Keegan Rosenberry, Auston Trusty, Jack Elliott and Matt Real could make up the backline that would have an average age of 20.75. While the experience is in front of them, the Union are balancing the present with the future. In attack, young players are the primary backups with Derrick Jones, Fabian Herbers, Anthony Fontana, and Marcus Epps all being players under 24 looking to play significant minutes.

The real question is what is the ceiling of this Philadelphia Union squad?

While it is clear that they're aiming to make the playoffs, a first-round exit is no longer an acceptable outcome. With Dockal, who should be able to net six goals along with over 10 assists, the Union shouldn't have to worry about that. But scoring wasn't the issue last year, it was defense.  The Union had a plus three-goal difference allowing 47 goals and scoring 50. While that was an average number, an average number of goals allowed won't do much if the team is also scoring an average number of goals.

This is where the new recruits come in. David Accam was responsible for 22 goals last year with the Fire and is one of the best in MLS at making something out of nothing. Combined with one of the best passing forwards in the league, those numbers could go up this year. The defense will have growing pains but that is to be expected to start a 19-year-old and a 22-year-old as the central partnership. However, it is a partnership with tremendous upside and it also has Andre Blake behind it to clean up the mistakes.

The Philadelphia Union also have the advantage of playing three of their first five games at home to get off to a hot start. The Union made Talen Energy Stadium a fortress last season and will need to do more of the same while also doing better on the road. If Dockal is able to produce while the defense improves, even slightly, the Philadelphia Union could exceed expectations in a big way.

This is the most talented attack that has ever been assembled in Chester and the bar should be raised. The question is, can the team make it over. Tune in today versus the New England Revolution to find out.