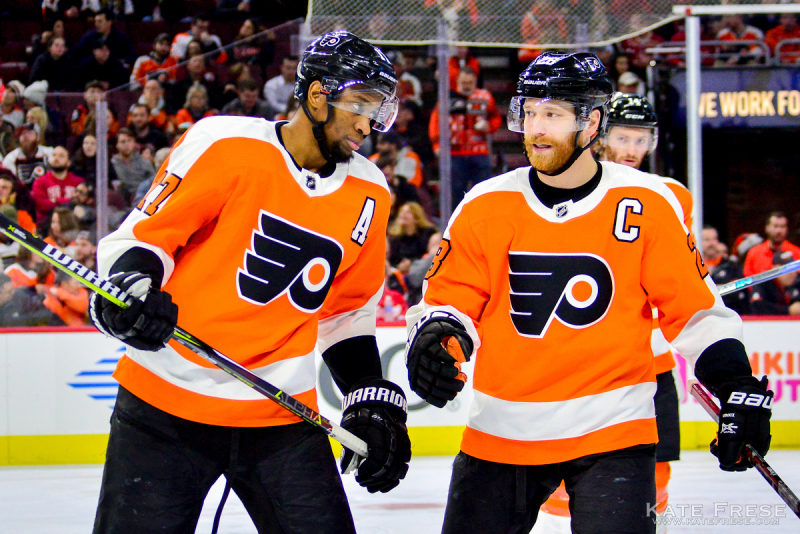 During a five-game losing streak that came to a close on Saturday, there have been many questions that come to mind about the Flyers' play. One of the many things plaguing the team's performance is the inability to score on the power play, and that was no different even in a winning effort on Saturday.

Since the beginning of March -- and coincidentally the last seven games -- the Flyers have scored a meager two goals in their last 26 chances on the man-advantage. One would think that with weapons like Claude Giroux, Jake Voracek, Nolan Patrick and the recently-returned Wayne Simmonds that Philadelphia would be putting the puck in the net easily. That has not been the case.

With two very solid power-play units, the team cannot seem to find the back of the net when on the power play.

On Wednesday night against Pittsburgh, the Flyers had the chance to leap frog both the Penguins and Capitals for first place in the Metropolitan Division. Things obviously didn't turn out in their favor with Philadelphia losing the game, 5-2, and also losing another key pair of points in the standings. The Orange and Black also squandered five power-play chances throughout the night while giving Pittsburgh's league-leading power play four chances, one of which they scored on.

Things seemed to repeat themselves the next night in Boston. Philadelphia's power play was all but powerless going just 1-for-5 with the lone exception being Voracek's goal from a beautiful, through-the-legs pass from Patrick. The Flyers once again let two more points slip through their grasp at the hands of the Bruins.

Even on Saturday, the Flyers struggled to get set up on their two opportunities on the power play. While they did score on a delayed penalty call that acted as a 6-on-5 power play of sorts, the struggles continued while the Winnipeg Jets were down a man.

As of now, Philadelphia's power play sits in a tie for 17th in the NHL at 20 percent. With 13 games left in the regular season, six of them being against divisional opponents, the Flyers must solve the problems with many aspects of their game, but mainly the power play. In both games against Pittsburgh and Boston, there were late opportunities to use the power play to either get back in the game or take the lead. The missed opportunities came back to hurt the Flyers on both occasions.

Divisional foes are nipping at the heels of the Orange and Black. If Philadelphia can't right their ship fast enough, especially on the power play, then they may find themselves sliding right out of the playoff picture.