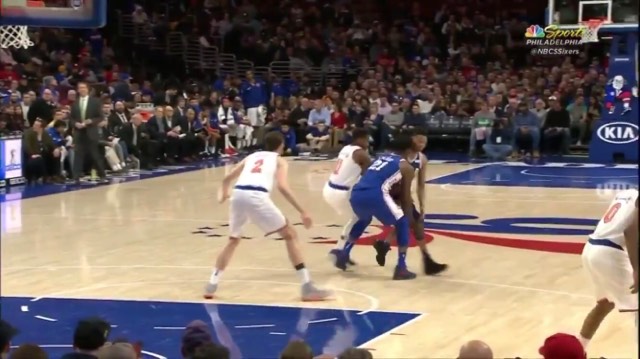 We already knew the extent of the Joel Embiid injury, the fractured orbital bone, and how long he could be out for the Sixers.

The original prognosis for the injury suffered against the Knicks on Wednesday was for 2 to 4 weeks.

According to ESPN's Adrian Wojnarowski, the Sixers center underwent surgery on Saturday to repair the bone, and could be available to play again in two weeks, depending on the pain threshold.

Embiid could return in two weeks, league sources tell ESPN. Much of his return date could be based upon pain threshold. Embiid will still need to be cleared by doctors to return. https://t.co/pJaKVhUP9x

Embiid will obviously still need to be cleared for his concussion also suffered on the play, that's first and foremost on the ordeal.

But it seems like the surgery was a success and it's going to be about getting better pain-wise before thinking about heading back on the court in a game scenario.

The Sixers are currently riding a nine-game winning streak and making a legitimate run at the third overall seed in the Eastern Conference behind the Cavaliers. The loss of Embiid makes it more of a challenge to be successful, especially in the playoffs. Without Embiid playing, winning a playoff series will be a lot more difficult.

We will continue to monitor Embiid's progress in the coming days and weeks, and will update with more information when we get it.