Eagles Flyers Phillies Sixers Union About Us Write For Us
Rosenthal: Orioles will trade potential Phillies target Machado before deadline
Zach Eflin to start for Phillies on Tuesday 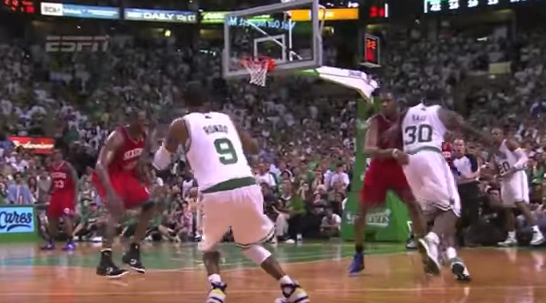 The Sixers and Celtics tangling up in a playoff series is going to conjure up a lot of personal memories from the last time these two teams squared off in the postseason.

The Sixers, of course, came up on the losing end of the series after walking out of the first round in six games, completely unscathed as an eight seed, mainly because of Bulls' star guard Derrick Rose going down with a torn ACL, the beginning of his demise.

It was quite impressive, considering the Sixers' seeding in the Eastern Conference, that they were able to stay with a Boston team with all-stars for a whole seven game series.

For me, I remember exactly where I was at when the Sixers fell to the Celtics in Game 7 of the Eastern Conference Semifinals back on May 26, 2012.

May 26, 2012 was the Saturday of Memorial Day Weekend, and I was in Boston visiting my family just an hour outside of the city from that Friday until Monday morning.

I had just attended my first baseball game at Fenway Park on the 26th, when we stopped inside the Yawkey Way Store after the game had concluded.

The Sox had just beaten the Tampa Bay Rays in walk-off fashion, while the City of Boston was simultaneously buzzing at the Celtics getting ready to knock off the Sixers in Game 7 at the TD Garden and advance to the Eastern Conference Finals.

I remember stopping what we were doing inside the store, circling around a small hanging television monitor with 20 or 30 other customers and watching the final minutes play out in the Celtics' favor.

While we were enjoying the Red Sox game, my cousin Dan was enjoying the Celtics game in dramatic playoff fashion.

The Sixers have not been to the playoffs since that night until this season.

I remember how devastated Sixers fans were at that loss, even though the run to get to that point against a veteran Celtics team was already a dream in itself.

From that point forward, the mediocrity of the franchise ceased and the Process began, which took years and years before it came into any kind of fruition in 2018.

That whole playoff series back in 2012 was a blow-for-blow kind of series between two playoff hopeful teams. The Celtics were at the very end of their run as the Eastern Conference's best team coming into the playoffs that year as the fourth-best team in the East.

The Celtics won a game and then the Sixers won a game, both teams never really able to gain any kind of significant edge until that Game 7.

The Celtics took that final game by a score of 85-75, an extremely low-scoring, defensive affair.

Andre Iguodala led the Sixers with 18 points; Thaddeus Young had 10 rebounds; and Jrue Holiday finished the night with nine assists. Notably, all three of those players were/are in this year's playoffs.

The Sixers coming so close in Game 7 to advancing to the next round as an 8-seed might just add a little fuel to the fire to a fan-base looking to get their hands back on the Celtics after all this time. The Sixers were literally just 12 minutes from taking that game on the road before Boston stormed back to shut the door on the series.

When the series starts on Monday night, the Sixers go into the series in some ways the more probable team to come out a winner, despite the Celtics' higher seed and home court advantage.

The Celtics are hurting mightily, probably the biggest difference between this team and the 2012 team, as age back then was by far more of a factor than whether or not their players were healthy.

The Sixers are in good shape and are in a good position to come away with their first playoff series win over Boston since 1982.

The Celtics have the edge in the all-time playoff series with the Sixers 11-8 in 19 meetings.