Eagles Flyers Phillies Sixers About Us Write For Us
Phillies assign prospects to minor league clubs
Around the NBA: Celtics lose Kyrie Irving for season, playoffs 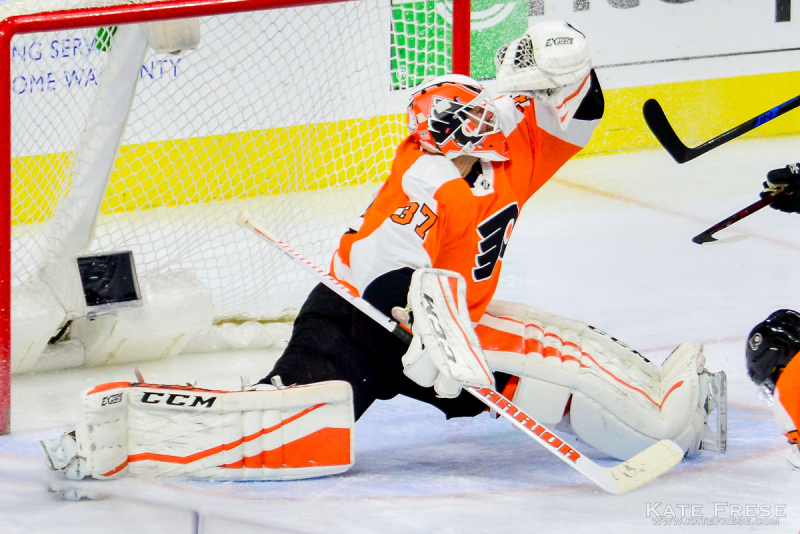 It is coming down to the wire in the playoff picture. A 5-4 loss to the New York Islanders on Tuesday drastically changed the standings, leaving the Flyers with what is essentially a must-win situation on Thursday night.

Game 81 is also against a non-playoff team in the Carolina Hurricanes, who are looking to play spoiler.

The Flyers will present team awards prior to the game. That will start at 7 p.m.

The Flyers captain is three points away from his first 100-point season of his career. In what has been a tremendous season for Claude Giroux, one that will likely garner the Bobby Clarke Trophy on Thursday night, he's been leading the way as the Flyers have been pushing for a playoff spot down the stretch.
Sebastian Aho has been the points leader for the Hurricanes this season, but more than that has tremendous numbers in his brief career against the Flyers. In eight games against the Orange and Black, Aho has five goals and 11 points, and has been a dominant player on the power play, which is sure to challenge the Flyers shaky penalty kill.

The Flyers will get Brian Elliott back for the first time since Feb. 10, and could they ever use him. It's been an adventure in goal with Petr Mrazek's inconsistency, Alex Lyon's overall inexperience and Michal Neuvirth's injury woes. With Elliott back, the Flyers get the goalie that carried them through much of the season.

The Hurricanes did not have a morning skate and did not announce a starter, but it is likely to be Cam Ward in goal. Ward was in goal for the Hurricanes in the Flyers 4-2 win in Carolina on March 17, making 23 saves. In four starts since, Ward is 3-1-0 and has allowed two goals or less in the last three starts. Ward has faced the Flyers 31 times in his career, with a 12-12-6 record and a 2.67 GAA.

The Flyers made two changes to the lineup and shuffled the lines further. After making a mid-game switch, Michael Raffl will be on the top line with Claude Giroux and Sean Couturier. Travis Konecny will be on a line with Valtteri Filppula and Wayne Simmonds. Scott Laughton returns to the fourth line in place of Jordan Weal. In goal, the Flyers will have Brian Elliott back as the starter.