Zach Eflin to start for Phillies on Tuesday 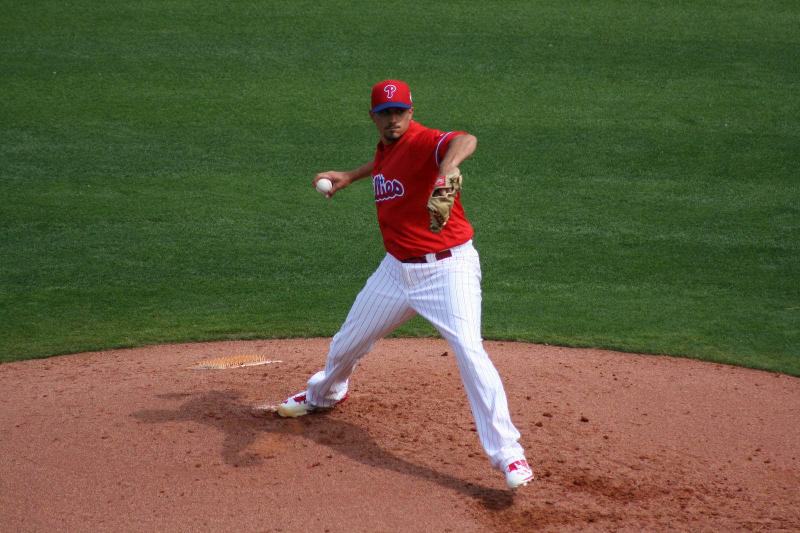 Phillies manager Gabe Kapler announced in his post game press conference today that starter Zach Eflin will make his first start of the 2018 major league season this Tuesday against the Miami Marlins. In four games with the Lehigh Valley Iron Pigs this year, Eflin is 2-2 with a 4.05 ERA in 20 innings of work and has recorded 15 strikeouts against 5 walks and no home runs surrendered.

The 24 year old's career has been maligned with injury issues resultant from patellar tendinopathy in his knees, a condition he has dealt with most of his life. He joined the Phillies organization as the kingpin of the Jimmy Rollins trade with the Dodgers in 2014. He was projected to be as high as a no. 3 starter in the bigs, as his four-seam fastball reached upwards of 97 mph with a two-seam fastball in the low-90s. His slider and changeup are still improving and will be critical to his effectiveness at the big league level.

Eflin was promoted to the majors for the first time in June 2016 and started 11 games before going on the disabled list for his knee condition, which required season-ending surgery. In 63 1/3 innings in 2016, Eflin went 3-5 with a 5.54 ERA. He began the 2017 season with a rehab start in Clearwater and subsequently assumed his role as one of Lehigh Valley's starting pitchers. After one start in Lehigh Valley, Eflin was called up to the majors again in the aftermath of Clay Bucholz's season-ending injury in April. In 2017, Eflin regressed and went 1-5 in 11 starts with the Phils with a 6.16 ERA in what was a Bermuda Triangle-esque season between Philadelphia, Lehigh Valley, and the dreaded disabled list.

Eflin has showed flashes of upper rotation ability in the past but has not been able to do so on a consistent basis. He will need to command the strike zone with his fastballs and get batters out with his breaking balls in order to put the organization in a precarious, but good, situation with Eickhoff progressing and Lively's eventual return to health.