Eagles Flyers Phillies Sixers About Us Write For Us
Around the NHL: Holtby Saves the Day as Capitals Tie Series
Eflin struggles as Phillies fall to Dodgers

After Career Year, What to Expect from Sean Couturier 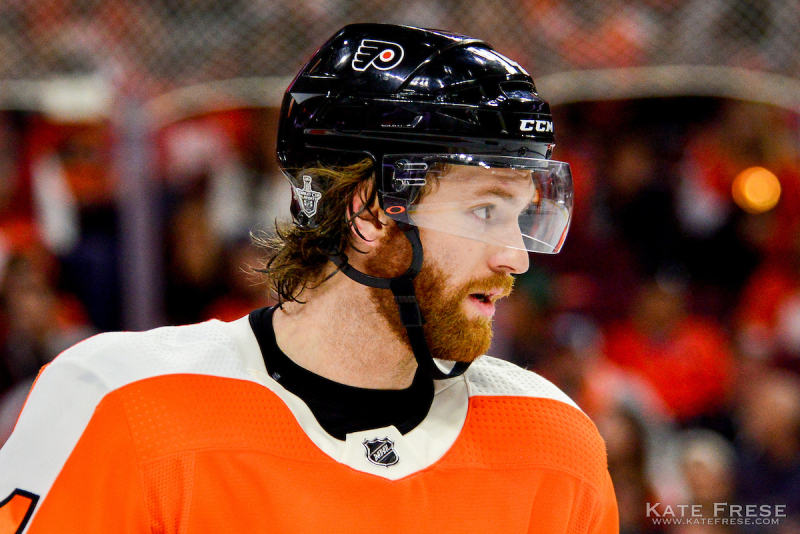 The Flyers found their No. 1 center in 2017-18 in Sean Couturier, the 25-year-old center who really came into his own last season. Couturier stepped up when needed this season, whether it was offensively or defensively Couturier in almost every game going up against the best in the National Hockey League.

After the career year Couturier had in 2017-18 season, putting up new career highs in points, solidifying himself as the first-line center, and continuing to be a shutdown force, not to mention being a finalist for the Selke Trophy, could we see the same from him in the 2018-19 season and for the rest of his career?

Couturier's role this past season saw him have more ice time than ever before, averaging near 21 minutes per game, the most of his career. The larger workload did not stop him from being a successful defensive forward, but also saw him produce more offensively. Couturier tallied a career-high 31 goals, easily surpassing his previous career-high of 15.

The Flyers brief stint in the Stanley Cup playoffs showed Couturier was worthy of his Selke nomination, not only going up against the Penguins top line with Sidney Crosby, but also getting time against Evgeni Malkin and the Penguins dangerous second line.

He also was the Flyers most productive player in the series, essentially on one leg. Couturier missed Game 4 with the injury before returning for Game 5 and scoring the game-winning goal. With this type of performances and dedication to the team, he may also be a candidate for a leadership role with the team in the near future.

While it is hard to put up similar numbers, the hope is that this is the Couturier that is seen for the rest of his career. Next season, he will certainly get more attention from teams trying to shut him down, as seen in the last few months of the season.

The task next season for Couturier is to be as much of a force as he was in 2017-18. Having a linemate in Claude Giroux again should help with that. Couturier and Giroux both fed off one another very well last season and the chemistry they formed will help the Flyers and their careers going forward.

Between maintaining his defensive responsibilities and finally starting to show some of the offensive potential that he carried when he was drafted, Couturier is now an even bigger part of the Flyers forward core, now that he has solidified the top-line center role. The numbers he produced in this career season may not be replicated, but as long as Couturier remains a key part of the Flyers offensive success and shuts down opponents, he will be living up to the newfound label.