Eagles Flyers Phillies Sixers About Us Write For Us
Phillies Check In on Fulmer, Padres Relievers
Report: Markelle Fultz will not play in Summer League

Flyers Look for Another Draft Find in Jay O'Brien 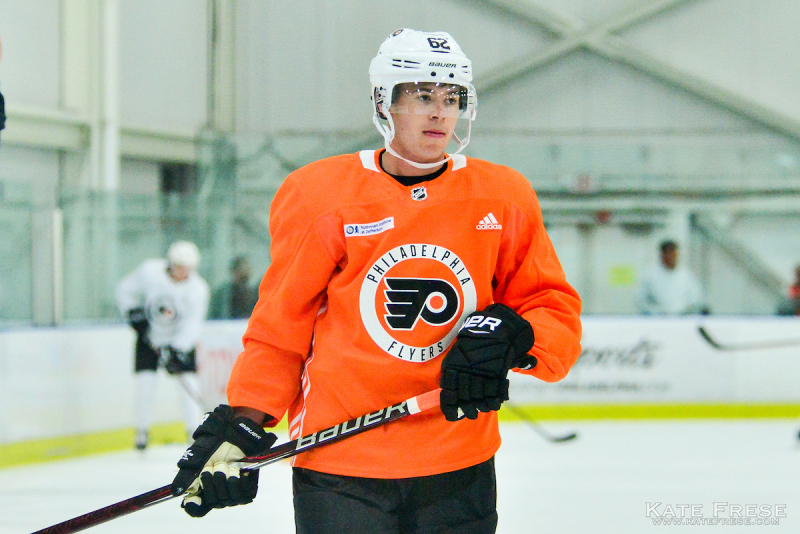 The Flyers had two first-round picks during last weekend's NHL Draft and used the second at 19th overall to select Jay O'Brien. Some may say it was a safe pick by the Flyers. Many draft boards had O'Brien as a late first-round pick at best.

Flyers GM Ron Hextall has been known in the past to take chances on players in the past, like undrafted free-agent defenseman Phil Myers -- who is turning out to be a valuable player -- or even last year drafting Morgan Frost, which was a surprise for some. His scouts have done very well in the past couple years on finding value and good young talent later in the first round. Jay O’Brien could soon be another example of that.

The 5’11”, 176-pound center was the second American the Flyers took in the first round behind Joel Farabee. In the 2017-18 season with Thayer Academy, he produced 80 points in 30 games played in the USHS-Prep with 43 goals and 37 assists. In his young career so far, he has improved his point production every year.

While it is too early for projections, O'Brien has drawn comparisons to players like Nathan MacKinnon and Tyler Seguin in terms of playing style. It may be a long shot to think that O'Brien will ever reach the level of production that MacKinnon and Seguin have at the NHL level, but his work ethic has been praised and with more hard work and development, he could become at the very least a solid player for the Flyers future.

It remains to be seen if he ends up becoming a good bottom-six forward or if he can reach that next level of production and playing ability. The goal for O’Brien right now is to be the best player he can be and if he can be a similarly productive player with Providence College next season that he was at Thayer, then he could become a quality forward for the Flyers and in the NHL.

There was something Hextall and the scouts saw in O’Brien for them to take him with the 19th pick. Whether he pans out or not will determine how good the pick looks in retrospect. But if he can continue to improve, build up and work on his game, there is no reason he could not make an impact in the NHL.