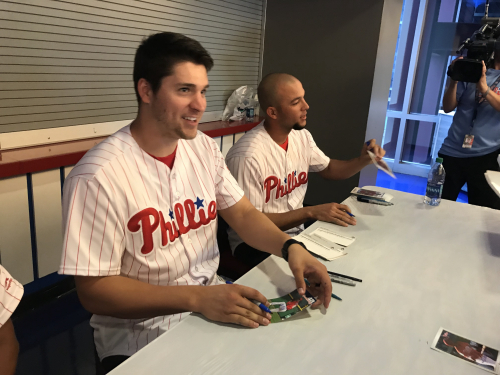 Funds raised were $68,550 more than last year's charity event, all benefiting much-needed patient care and services for the The ALS Association Greater Philadelphia Chapter. Overall, the Philadelphia Phillies have now raised nearly $18.4 million since adopting ALS as their primary charity in 1984. 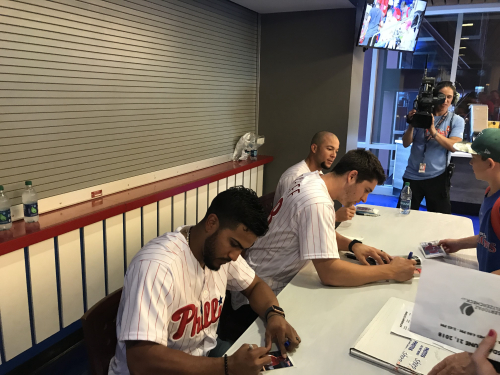 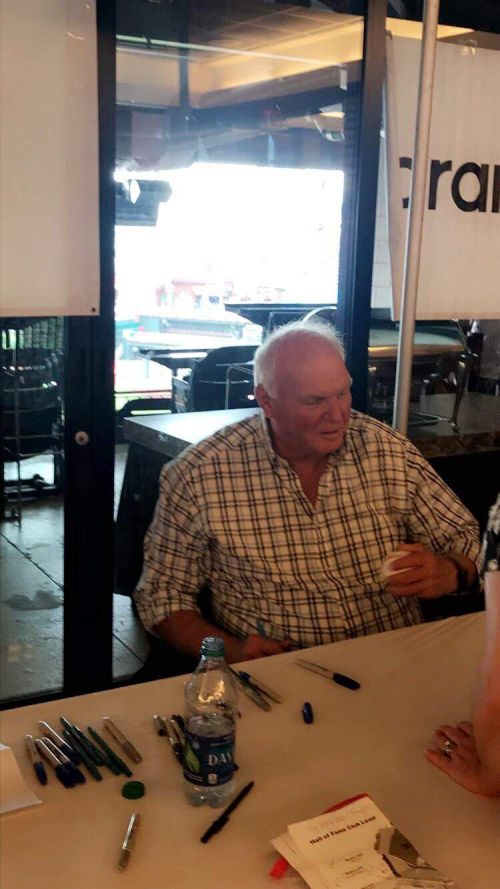 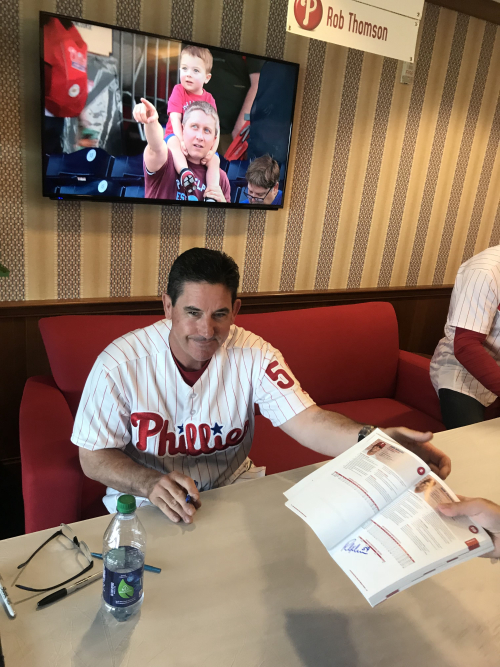 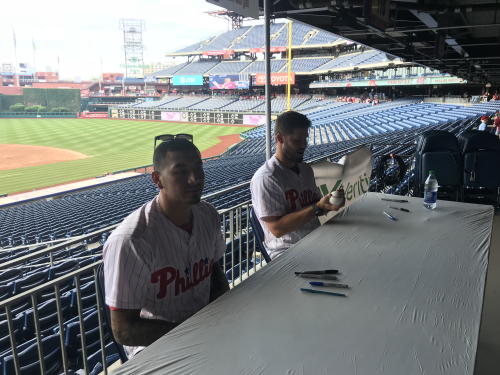 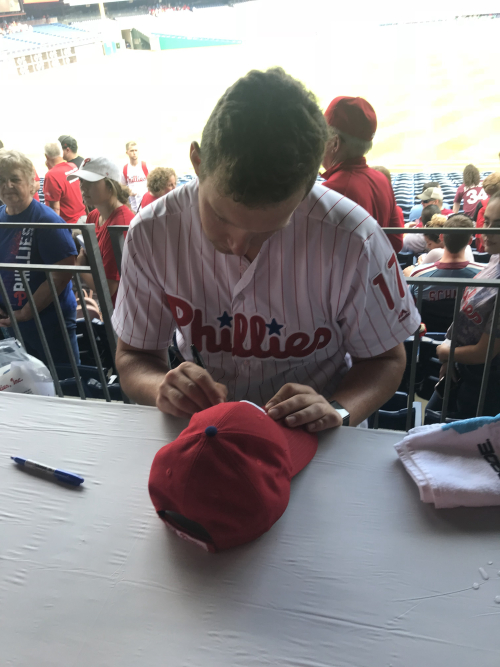 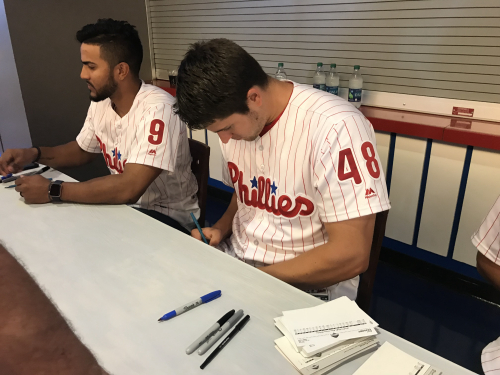 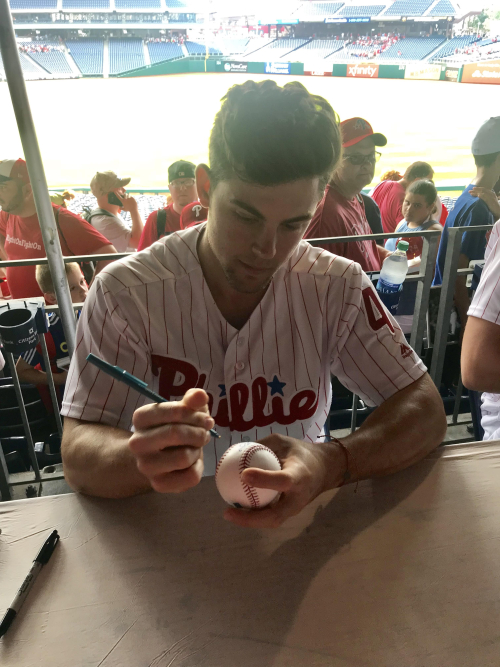 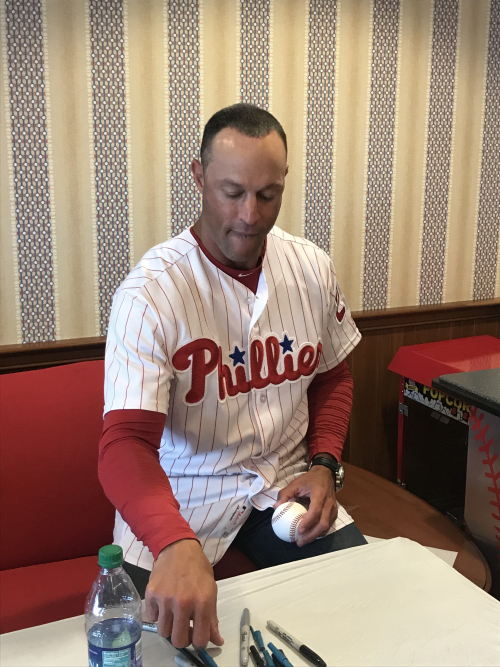 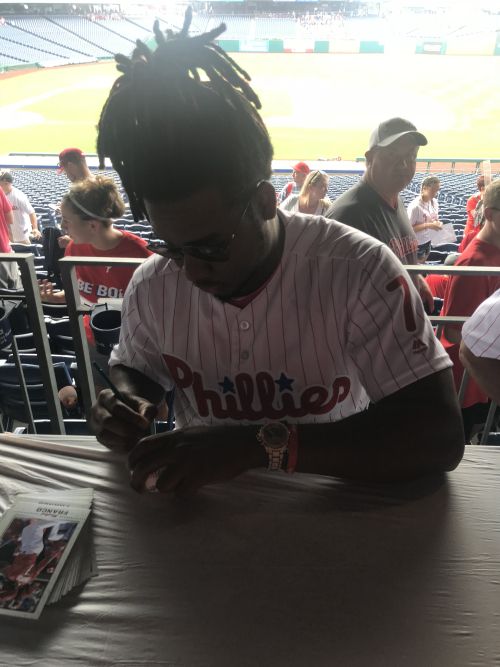 The Phestival featured a silent auction, grab bag and "roll-the-dice" opportunities, and 21 autograph booths — including a special 1993 booth in Ashburn Alley featuring favorites from the National League championship team 25 years ago.

The Phillies, who are a 1/2 game out of the second National League Wild Card spot, will begin a three-game set against the division-rival Washington Nationals on Thursday.

My father had ALS (amyotrophic lateral sclerosis) for 3 years His first symptoms were weakness in his hands and losing his balance which led to stumbling and falling. He never lost the ability to swallow or breathe. His one hand, then his legs, were affected first; then his arms. The Rilutek (riluzole) did very little to help him. The medical team did even less. His decline was rapid and devastating. The psychological support from the medical centre was non-existent and if it were not for the sensitive care and attention of his primary physician, he would have died . There has been little if any progress in finding a cure or reliable treatment. So this year his primary physician suggested we started him on Natural Herbal Gardens ALS Herbal mixture which eased his anxiety a bit,We ordered their ALS herbal treatment after reading alot of positive reviews, i am happy to report this ALS herbal treatment reversed my dad condition. His quality of life has greatly improved and every one of his symptoms including difficulty in walking and slurred speech are gone. Their official web site is ww w. naturalherbalgardens. c om He will be 74 soon and can now go about his daily activities

I was diagnosed with ALS in April and I decided to fight this naturally by better diet, natural herbs, organic food, and eliminating all toxins in my life. I can gladly say my fight is over, after using ALS herbal remedy I purchased from Best Health Herbal Centre, the herbal remedy drastically slowed my progression the first week of usage and reversed my ALS the last week of usage. I used the ALS herbal remedy for only six weeks.

I am a man of faith and I believe that when HOPE is lost ALS wins. Believe you can beat this disease naturally and have faith that nothing is bigger than God. for any one who wants further details just go through their website w ww .besthealthherbalcentre. c om

My Wife was diagnosed with ALS (Lou Gehrig's Disease) when she was 72 years old 4 years ago. The Rilutek (riluzole) did very little to help her. The medical team did even less. Her decline was rapid and devastating. Her arms weakened first, then her hands and legs. Last year, a family friend told us about Organic Herbal clinic and their successful ALS TREATMENT, we visited their website www. organicherbalclinic. com and ordered their ALS Formula, i am happy to report the treatment effectively treated and reversed her Amyotrophic Lateral Sclerosis (ALS), most of the symptoms stopped, she is able to walk and eat well, sleep well and exercise regularly., she is pretty active now and her attitude is extremely positive.

My Mother was diagnosed with ALS in 2018 following a year of doctor visits and tests aimed at finding a cure for her slurred speech, difficulty swallowing, and weakening limbs. By the time she was diagnosed, she had developed pneumonia and was put on a respirator. A family friend visits us and told us about Solution Health Herbal Clinic and their successful ALS TREATMENT, We visited their website http://solutionhealthherbalclinic.com and ordered their ALS/MND Formula which they sent through courier service to us, i am happy to report the treatment effectively treated and reversed her Amyotrophic Lateral Sclerosis (ALS), most of the symptoms stopped, she is able to walk and able to ride her treadmill again, she is pretty active now and can do everything again, Thanks to info@solutionhealthherbalclinic.com

My sister was recently cured totally from Amyotrophic Lateral Sclerosis I am happy to report the treatment effectively treated and reversed her Amyotrophic Lateral Sclerosis (ALS), most of the symptoms stopped. her doctor had confirmed that she is no longer suffering from ALS anymore, she is 100% fit and she is now living as normal life just as everybody else go to work and come back home. If you want to try alternative treatment this is their email medicalhealthcarelab@gmail.com