JVR, Patrick Can Be Successful Duo for Flyers 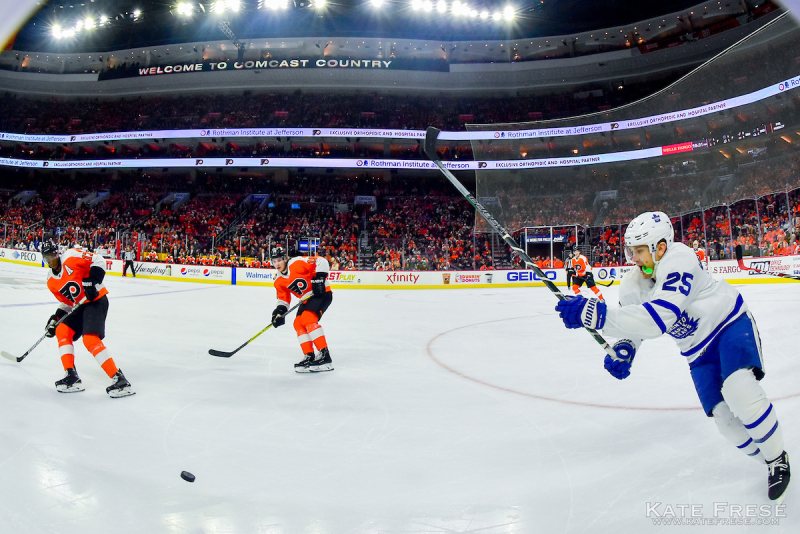 When the Flyers signed James van Riemsdyk through free agency earlier this month, it addressed the need of adding a scoring winger. But even though JVR was regarded as one of the top free agents on the market this offseason, it doesn’t mean he should instantly vault to the top of the Flyers lineup.

The addition of van Riemsdyk certainly does give the Flyers something to think about when constructing a lineup. For sure, he fits into the top six as an upgrade. But JVR is no shoe-in for the top line. In fact, he probably shouldn’t even be much of a consideration at all.

A big reason for this is Claude Giroux. Coming off a career year with 102 points and 34 goals, Giroux elevated his game as the Flyers top left winger, playing alongside Sean Couturier. The chemistry between Giroux and Couturier -- as well as Travis Konecny -- should be reason enough to keep that top trio intact.

That would bump JVR to the second line, where he would likely play alongside Nolan Patrick and Jake Voracek. It is the possible duo in JVR and Patrick that carries a lot of intrigue.

At his introductory press conference last week, van Riemsdyk expressed excitement in playing with the Flyers youth. He also noted that there is chemistry to be had between right-handed shots at center and left-handed wingers like himself.

Patrick falls right into the category. Unlike playing on a line with Giroux, which would place JVR next to the team’s veteran, the Flyers could slot him in with the team’s future in Patrick.

It was evident late last season that Patrick’s talent and skill level is certainly high. After overcoming the recovery of offseason injuries and an early-season concussion, he finished strong, showcasing the potential he possesses.

For one, Patrick is a natural set-up guy. As much as people would like to see players have a shoot-first mentality, players like Patrick see the ice well and try to use it to their advantage in setting up teammates.

JVR is a finisher. He was signed to score goals and provide more offense first and foremost. Putting him on a line with Patrick is a match because of these opposing styles.

That doesn’t mean that those roles are singular by any means. Playing with JVR could bring out some finishing ability in Patrick as well, only increasing the scoring depth of the second line.

It’s pretty telling how the Flyers have grown over the years in terms of depth when you consider that a top free-agent signing slots into the second line. It’s also time for Patrick to take a step forward in his career. He’s got top-six talent. Now he needs the top-six minutes as well and to play alongside talent that brings out the best in his game, like it did late in the season.

Together, JVR and Patrick could be the Flyers next dynamic duo. It’s another example of how the ball is in Dave Hakstol’s court to put the best lineup on the ice in October, a lineup that should feature two very dangerous lines with the likes of JVR and Patrick behind Giroux and Couturier.