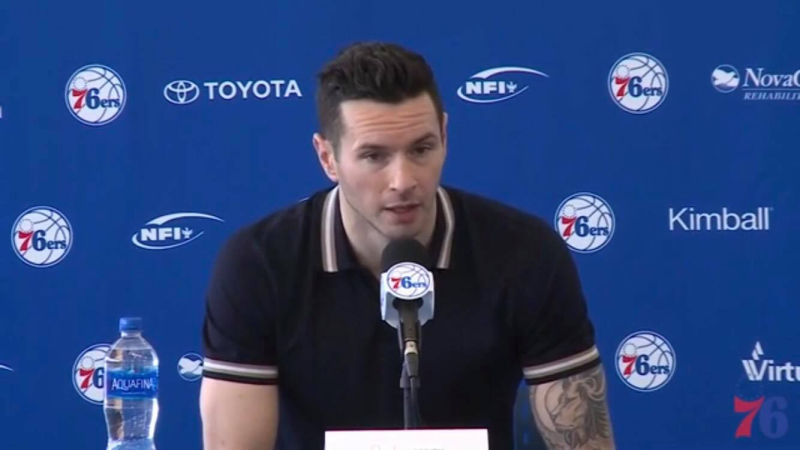 The Philadelphia 76ers missed out on LeBron James after he signed with the Lakers on Sunday. As free agency progresses, the Sixers will need to add some important depth pieces to their rotation and on Monday, they made a deal to make sure one of their starters from last season didn't go elsewhere.

According to Adrian Wojnarowski of ESPN, the Sixers and JJ Redick have come to terms on a one-year deal that will keep the veteran in Philadelphia for $12-$13 million, well below his $23 million number from last season. This still gives the Sixers an opportunity to use more cap space to fill other needs.

Free agent guard JJ Redick will return to the Philadelphia 76ers on a 1-year deal in the $12M-to-13M range, league sources tell ESPN

During JJ's exit interview, he mentioned that there was mutual interest from the Sixers and himself to return to Philadelphia next season.

Redick, 34, was a big part of the Sixers 52-win campaign, averaging 17.1 points on 46 percent shooting and 42 percent from beyond the arc. His 17.1 points per game were a career-high. Although Redick may not be a great defender, his contributions on offense and leadership in the locker room played a large role in the team's first playoff berth since 2012.

With Redick re-signed, Markelle Fultz will likely not be forced into a starting role right away and will be given the chance to ease into the action and earn a spot in the starting five.

Redick signing a one-year deal also gives the Sixers an opportunity to make a splash in next year's deep free agent class that will include the likes of Kemba Walker and Klay Thompson.