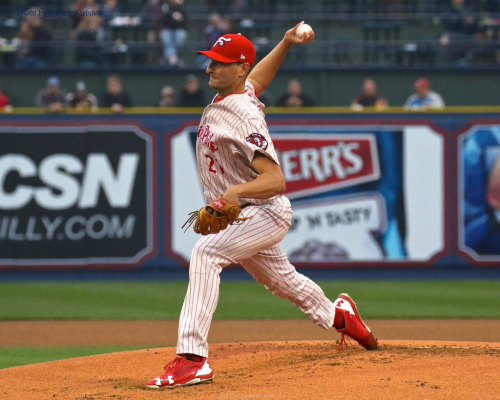 Eight Philadelphia Phillies prospects have been named to the preliminary rosters of this year's Arizona Fall League, which will kick off its 27th season on Tuesday, Oct. 9.

On Monday, MLB.com's Todd Zolecki reported that Sanchez — sidelined since early June due to inflammation in his right elbow — was nearing a return, and that the Phillies were considering to have the 20-year-old pitch in the September instructional league and possibly the Arizona Fall League "to make up for lost developmental time." It appears Phillies brass is opting in on those considerations.

Gamboa, 20, joins Sanchez as the Phillies' only other top 30-ranked club prospect to be named to this year's Arizona Fall League. The Phillies signed the Venezuela native for $900,000 in July 2014, then ranked as MLB Pipeline's 15th-best international prospect. Gamboa produced just a .217/.308/.283 slash line in 111 games this season at Class A-Advanced Clearwater.