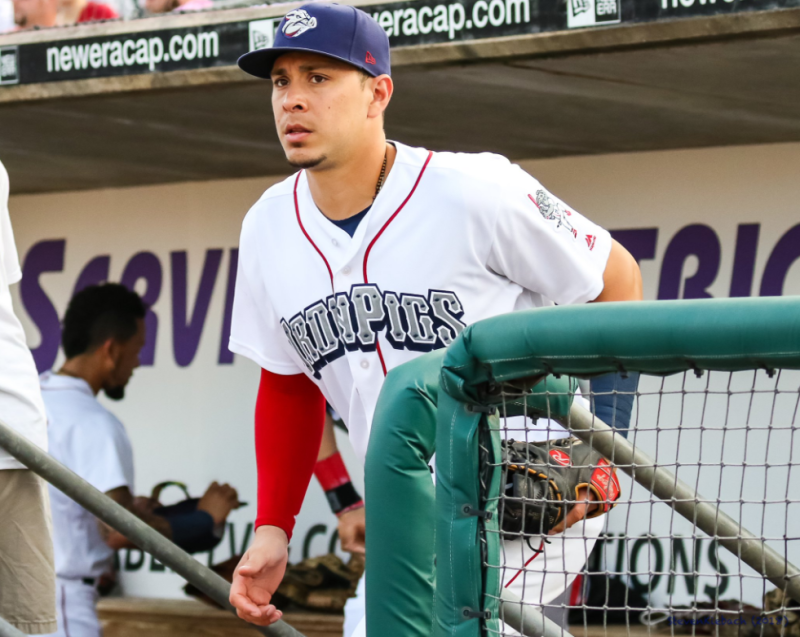 The Lehigh Valley IronPigs have been dominant this season and currently hold a 79-54 record which is six games above any of the other 12 teams in the International League. The team has earned many player and pitcher of the week awards throughout the season and, according to the team’s Director of Broadcasting Matt Provence, have officially swept all the major end of the year awards.

Joey Meneses won both MVP and Rookie of the Year in his first year in AAA. He had previously played seven seasons in the Braves minor league system before signing with the Phillies as a minor league free agent. The 26-year-old first-baseman seemingly came out of nowhere, slashing .314/.364/.519 with 22 homeruns and 78 RBIs. While his average has always been high, his slugging percentage of .519 this season is more than 100 points over any point in his career since playing in the rookie leagues. This is only the second time that an IronPig has been named MVP and Rookie of the Year (Rhys Hoskins, 2017).

Cole Irvin, who is currently ranked as the 10th best prospect in the Phillies system by MLB.com, was named Most Valuable Pitcher. The left-hander posted a 2.67 ERA and a 1.07 WHIP in 25 games with the IronPigs this season. He struck out 126 batters in 155 and a third innings. He is the fourth IronPig to with the award behind Justin Lehr (2009), Tyler Cloyd (2012) and jake Thompson (2016).

In his first season with the team and in the Phillies organization, Gary Jones takes home the title of International League Manager of the Year. The veteran coach who helped the Cubs win the World Series in 2016 was brought in to replace Dusty Wathan as he was promoted to the Phillies third base coach. The addition seems to have been a good one as this marks the first time an IronPigs manager has won the award.

Pitcher Pedro Beato and third baseman Mitch Walding were named postseason All-Stars in addition to Meneses and Irvin. Both Beato and Walding have seen some playing time in Philadelphia over the past two season, but injuries to Beato and poor showings from Walding have prevented them from seeing significant time. Beato leads the International League with 33 saves in 35 chances. Walding is hitting .266/.394/.485 with 19 homeruns and 66 RBIs in AAA this season.

The IronPigs have only seven remaining games this season before they play for the International League Championship. They will play the winner of the Wild Card in a best of five series September 5-9.