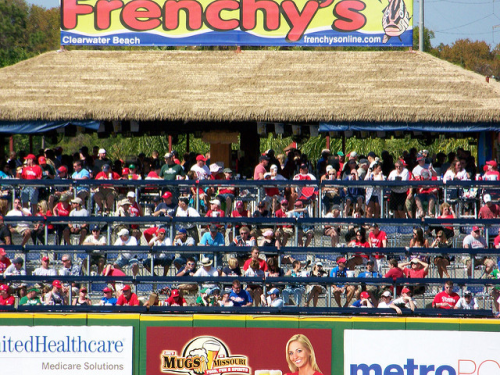 One week after announcing its regular season schedule, Major League Baseball and the Philadelphia Phillies unveiled on Wednesday the club's 2019 spring training schedule, featuring their 16th season at Spectrum Field in Clearwater, Florida.

The Phillies will begin their game action in the second season under Gabe Kapler starting on Friday, Feb. 22, against the Tampa Bay Rays in Port Charlotte. The team's home Grapefruit League opener will occur one day later, Saturday, Feb. 23, against the Pittsburgh Pirates. The club will play against the Atlanta Braves for the last time in Walt Disney World at ESPN’s Wide World of Sports on March 8 — as they relocate to Sarasota County — and will face the New York Yankees for the annual St. Patrick's home game. The spring finale will occur Monday, March 25, home against the Rays.