Eagles Flyers Phillies Sixers Union About Us Write For Us
Gostisbehere, Provorov Get Attention in NHL Network’s Top 20 Defensemen List
Mikhail Vorobyev Has Potential to Be Solid Role Player for Flyers

Phillies Nation Podcast on STP: What to do About Odubel? 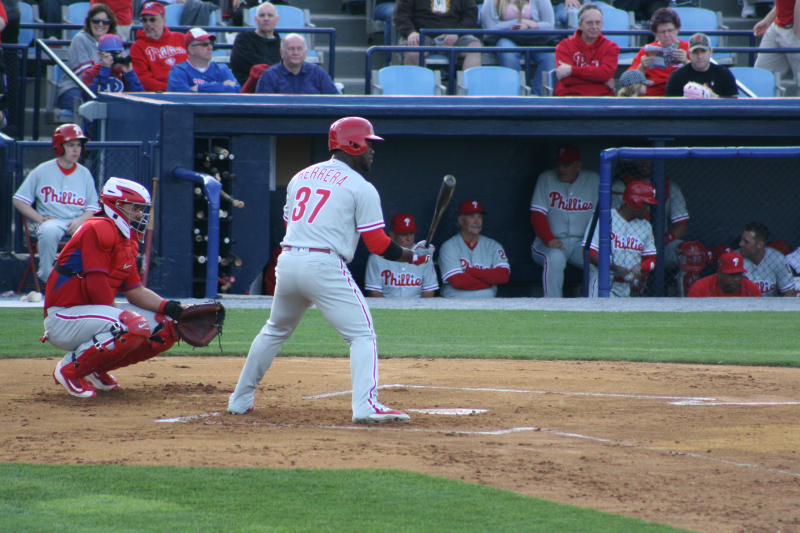 On this week's podcast of the Phillies Nation podcast on SportsTalkPhilly.com, Frank Klose and Tim Kelly take a look at Phillies outfielder Odubel Herrera.  What do the Phillies do with their struggling outfielder?  Is he a long-term solution? The very talented outfielder's inconsistency is a problem for the struggling Phillies offense.

Frank also takes a look back at this weekend's series against the Mets, including the Sunday night Little League Classic game that featured Carlos Santana playing third base and a Phillies offense that could do little more than Santana's two-run home run.

Finally, Frank checks in on Rhys Hoskins after his 162nd game.

Odubel needs to be sat down for awhile and have Quinn play CF. He seems that he can get this offense off to a jump start. Have him lead off and when he gets on base, he can use speed to steal bases. Let him put one in either gap and just watch run the bases.

The Phillies desperately need to trade Odubel in the off season. He is not type of player you can win with long term.The big problem is not too many teams what a head case which Odubel apparently is unfortunate ly.The best chance of trading him is to do a multi player/multi team trade. Include Santana,Franco and one of the catchers in the deal. The Phillies will be a much better team long term without these guys.