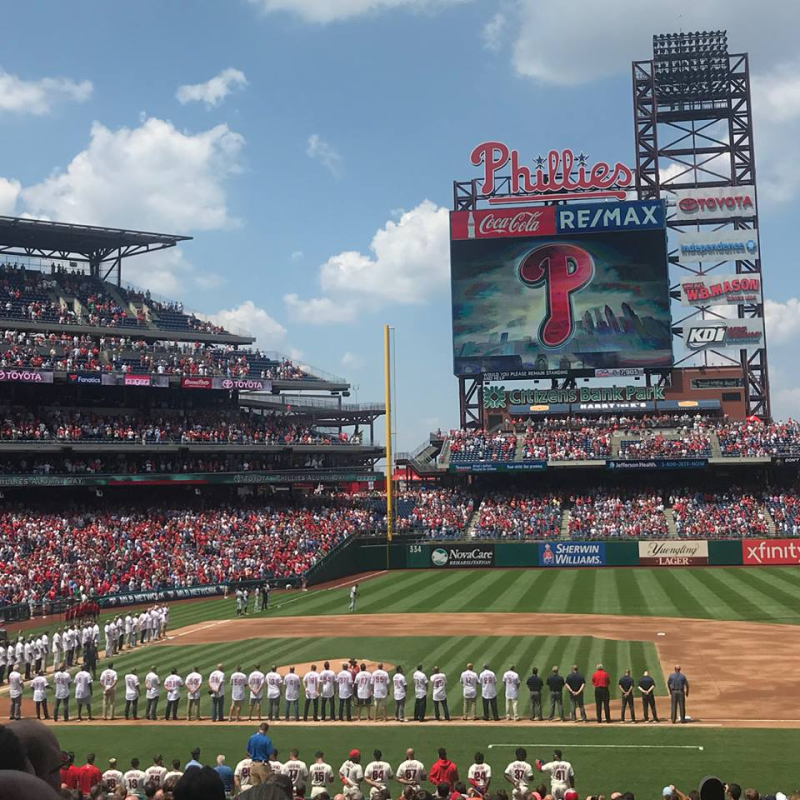 Current and former members on the Philadelphia Phillies — including those from 2008 World Series championship team — line up during Alumni Day on Sunday, August 5, 2018, at Citizens Bank Park (Matt Rappa/SportsTalkPhilly).

Countless memories and moments from this past Alumni Weekend will never be forgotten among Philadelphia Phillies fans, from the Shane Victorino Retirement Ceremony, to Phillies Wall of Fame Night inducting Roy Halladay and Pat Gillick, and Phillies Alumni Day, which celebrated the 10-year anniversary of the 2008 World Series championship team.