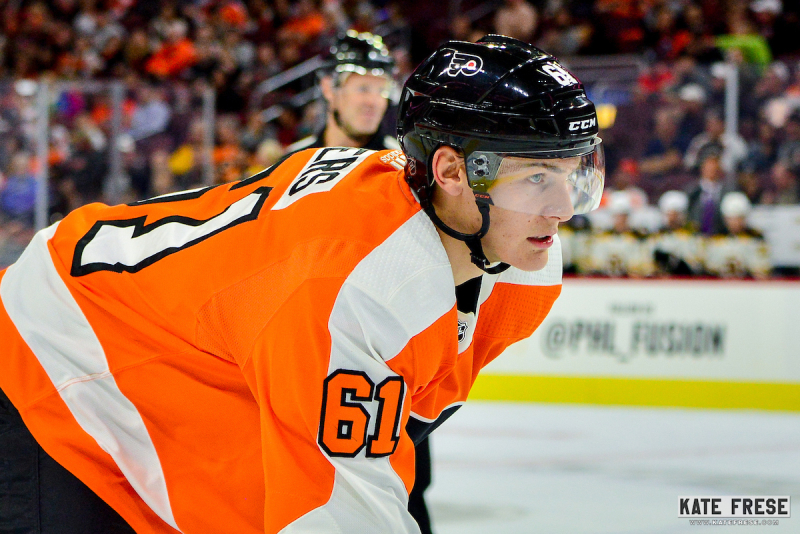 Tuesday was an off day from on-ice activity for the Flyers. The team has played six preseason games in a matter of nine days and recovery at this stage of the preseason is as important as the work being done on the ice.

The Flyers used the off day to make some additional roster moves, drawing closer to the final roster of 23 players. The Flyers reduced the roster by two players, sending defenseman Phil Myers and forward Nicolas Aube-Kubel to the Phantoms, GM Ron Hextall announced on Tuesday. This brings the roster to 33 with two remaining preseason games left on the schedule.

Myers started the preseason with an opportunity to potentially make the roster with an injury to Andrew MacDonald. Myers looked steady to start camp, but struggled in the last couple of games, likely bringing his pursuit of an NHL spot to an end for now.

Myers scored five goals and had 21 points in 50 games last season with the Phantoms in his first season as a pro.

Aube-Kubel was a candidate for a fourth-line spot, but ultimately fell too far behind in the competition as other suitors for the bottom-six have emerged.

Aube-Kubel is entering his third season with the Phantoms. He scored 18 goals and had 46 points in 72 games last season.

The Flyers return to the ice for their final home preseason game on Thursday against the New York Rangers at 7 p.m. They also travel to Boston to face the Bruins in the preseason finale on Saturday at 5 p.m.