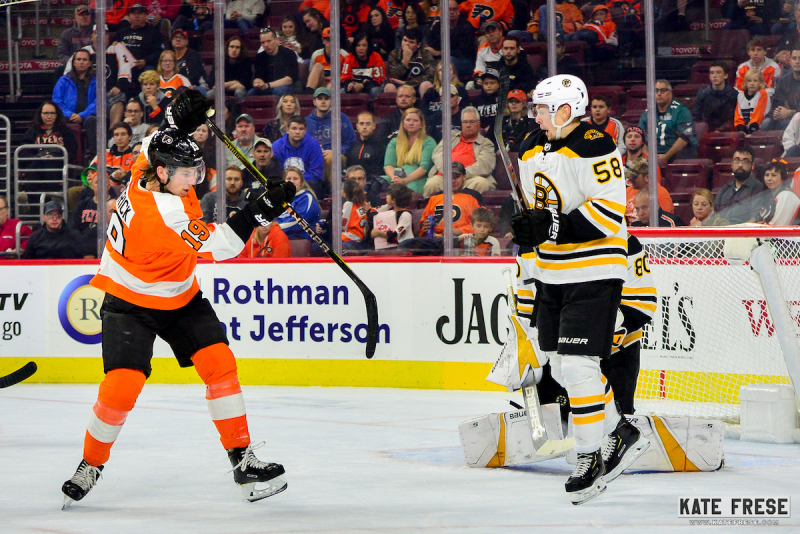 It's the final trial run for the Flyers in the preseason, as the team closes out the eight-game schedule with a trip to Boston to face the Bruins.

Game time from Wells Fargo Center is set for 7 p.m.

The Flyers made a lineup switch on the fly early on Saturday, recalling Phil Myers from the Phantoms to play in the game on Saturday.
The Flyers have not announced a lineup for Saturday's game yet, but are expected have Sean Couturier and Wayne Simmonds in the lineup for their first preseason action.
The Bruins will treat the final preseason game as a dress rehearsal of sorts. The lineup consists of many NHL players. Patrice Bergeron remains out of the lineup as he works back from injury, but Brad Marchand, David Pastrnak, Torey Krug and Zdeno Chara will all play.
It looks like backup Jaroslav Halak will start over Tuukka Rask for this game.
The Bruins lineup for Saturday's game is as follows:
Forwards: Noel Acciari, Anders Bjork, Jake DeBrusk, Ryan Donato, Trent Frederic, Danton Heinen, David Krejci, Sean Kuraly, Brad Marchand, Joakim Nordstrom, David Pastrnak, Chris Wagner
Defensemen: Zdeno Chara, Torey Krug, Charlie McAvoy, Kevan Miller, John Moore, Urho Vaakanainen
Goalies: Jaroslav Halak, Tuukka Rask

Where to Watch
TV: NHL Network
Radio: 97.5 The Fanatic