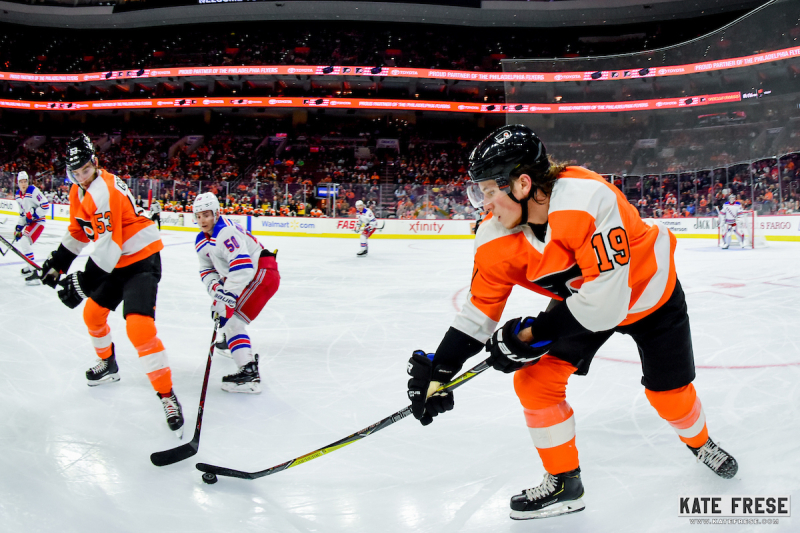 It wasn't quite a carbon copy of Monday's 4-3 loss to the Bruins, but it came pretty close. The Flyers again had to try to erase a deficit in the third period, and nearly did.

Ultimately, it fell short, dropping the Flyers to 3-3-1 on the season with their 4-2 loss to the Rangers on Thursday. Perhaps more importantly is how they got to a 3-0 deficit again. Some old familiar flaws showed up, which is certainly concerning in the penultimate preseason tilt.

More from the Flyers loss to the Rangers in our Postgame Review.

In a game that was otherwise even in every category, the Rangers blocked 24 shots to the Flyers 10.