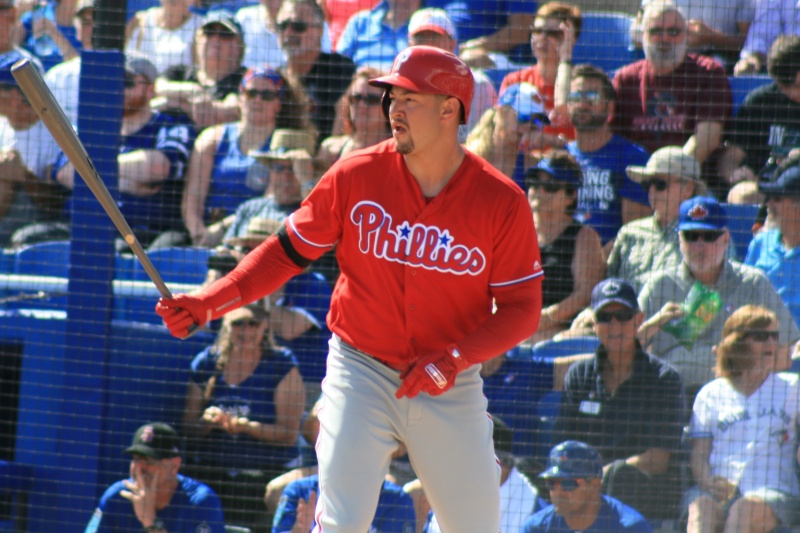 Today is September 1 and that means that the Phillies are eligible to active any player on their 40-man roster.  With several players on the disabled list and some at Triple-A Lehigh Valley, the Phillies made several moves.  Some will come later, however, as the IronPigs head to the International League playoffs.

The Phillies announced the following moves:

One name not on the list, despite Phillies manager Gabe Kapler saying he would be is pitcher Jerad Eickhoff.  A couple things could be at play here.  For one, Eickhoff pitched five innings on Thursday night and probably is yet to be available out of the bullpen today.

The other circumstance could be that the Phillies know who they wish to designate for assignment in order to add Eickhoff, and they are not in a position to do so just yet.  Pitcher Drew Anderson has made a few appearances for the Phillies in the major leagues this season and last.  But he may not have the upside that others in the system do. So, Anderson could be the one who is designated for assignment.  However, he is set to pitch for Triple-A Lehigh Valley tonight.  Maybe after the game the Phillies make the move.

The IronPigs may need time to replace Anderson on the roster, while hoping he clears waivers in time for the playoffs. Catcher Andrew Knapp is a sure bet to return to the Phillies.  But since he was optioned to Triple-A just recently to make room for Jose Bautista, he has not spent enough time in the minors to be recalled.  Knapp will be eligible once the IronPigs regular season ends on Monday.

Also not added just yet is shortstop J.P. Crawford.  Crawford is batting just .229 for Lehigh Valley.  With the IronPigs headed to the playoffs, maybe the Phillies feel content letting him ride it out. With Florimon added to the Phillies roster, there is plenty of infield depth for the time being.  That depth made Valentin expendable.

Finally, the Toronto Blue Jays announced that they have claimed right-handed pitcher Mark Leiter Jr. on waivers from the Phillies.  Leiter was designated for assignment to make room for Bautista on the 40-man roster.