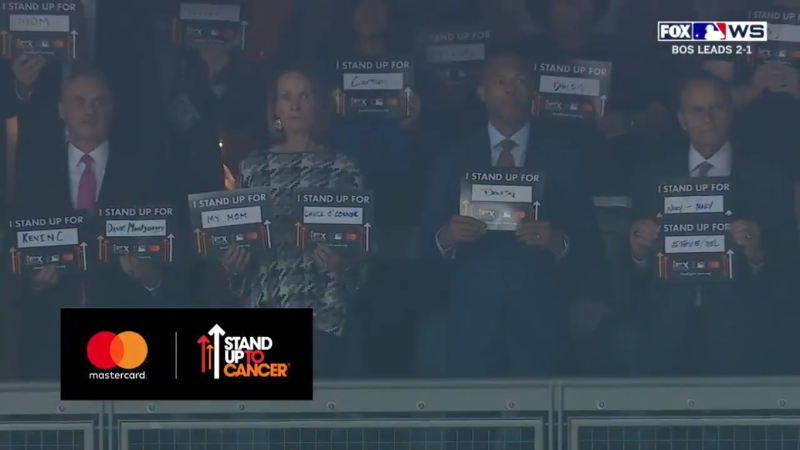 Each year since 2008, Major League Baseball and charity organization Stand Up To Cancer have organized a special "placard moment" at the All-Star Game and World Series. Everyone in attendance — including players and coaches — writes down the name and stands up to honor those in their lives who have been affected by cancer.

This World Series' moment was just as eye-tearing as the others, especially for Phillies fans, as Commissioner Rob Manfred wrote down the name of Phillies Chairman David Montgomery. Montgomery, 72, underwent surgery in May 2014 to remove cancer from his right jaw bone. In March, the club honored their longtime executive by naming their spring training indoor facility after him.

Cancer is a terrible condition for anyone to have to endure. It can affect our loved one's lives at the most unexpected moments. MLB has helped raise over $40 million in donations with Stand Up To Cancer to contribute toward hopefully, one day, find a cure.

We are standing up to cancer. pic.twitter.com/8IPOaLLNur