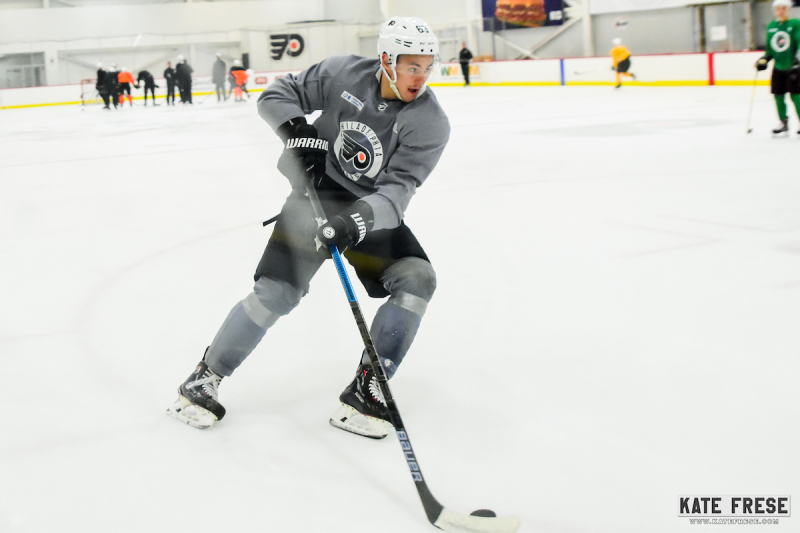 The Phantoms opened the week’s play on Wednesday night, rolling to a 7-3 win over the Hartford Wolf Pack behind a four-goal first period. The Phantoms had three goals on their first four shots of the game, 4:36 into the game, with Greg Carey, Chris Conner and German Rubtsov each getting goals. Conner added a second at 19:21 of the first period.

The two teams traded goals midway through the third with Cole Bardreau making it 6-2 at 8:04 before Shawn O’Donnell scored at 9:13 to make it 6-3. Philip Samuelsson added an empty-net goal with 1:13 to play to cap the scoring.

Michal Neuvirth started in goal in a conditioning assignment and made 31 saves on 34 shots.

The Phantoms used a pair of early third-period goals to pull away from the Devils in a 5-2 win on the road.

Binghamton opened the scoring at 5:53 with a goal by Brandon Baddock. Just 62 seconds later, Phil Myers scored from a sharp angle to tie the game at one.

T.J. Brennan had the only goal of the second period, giving the Phantoms the lead with 4:23 left in the period.

Conner scored at 2:12 to extend the lead to two and Nicolas Aube-Kubel added insurance at 6:38 to make it a 4-1 game. Blake Pietila cut the Phantoms lead to two with a Binghamton goal at 13:09. Tyrell Goulbourne sealed the win with an empty-net goal.

It was a strong performance by Carter Hart in goal, making 29 saves on 31 shots in his second pro victory.

Hershey wasted no time getting on the board with a goal by Mike Sgarbossa at 1:17 of the first period, the only goal of the opening period.

Liam O’Brien extended the lead to two with a goal 1:51 into the second period. The first professional goal for Connor Bunnaman put the Phantoms on the board and down a goal after two periods.

The Phantoms gave up a goal to Riley Barber on a penalty shot at 3:36 of the third to make it a two-goal game again and the Phantoms never had an answer, getting shut down the rest of the way.

Vitek Vanecek made 34 saves on 35 shots for Hershey in the 3-1 win. Alex Lyon started for the Phantoms and stopped 31 of 34 shots in the loss.

The Phantoms closed the month of October on the road for the last five games of the month, posting a 5-3-1 record in nine games in October.