The Post: Sixers take down Magic for second preseason win 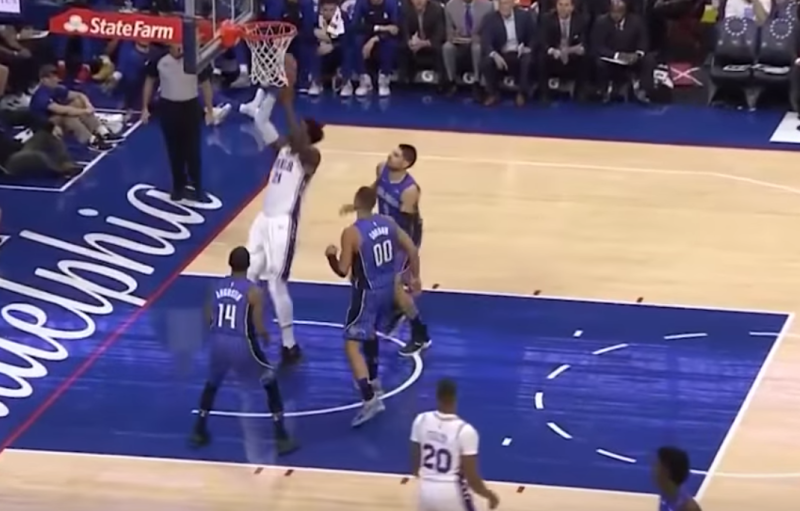 The Philadelphia 76ers looked totally in control for almost the entirety of the second preseason game against the Orlando Magic Monday night at the Wells Fargo Center.

Since the preseason is just the preseason, there really isn't a whole lot to be alarmed about concerning the way the Sixers gave up their big lead late in the second half. The most important thing in these games is to watch the progression of the players on the floor and how they all work together, simulating regular season scenarios.

Although the Sixers only defeated Orlando 120-114, head coach Brett Brown must be ecstatic with the way his team played, especially Joel Embiid and Markelle Fultz.

The night was by far highlighted by Fultz finally attempting and sinking a 3-point shot. Last week, it was all about actually watching Fultz use the shooting lessons he learned from Drew Hanlen over the summer and applying them to his newly reformed jump shot. It's safe to say that seeing Fultz hint at what the future might bring left all of us hungry to see more. Fultz didn't have numbers on Monday that jumped off the page, but he finished with 12 points, six rebounds, an assist and a block. He went 5-of-12 from the field including 1-of-4 from beyond the arc.

Embiid's first quarter is the reason the Sixers' lead looked more daunting at the beginning of the game than it did later on. He did end up finishing with a jersey number-matching 21 points, tallying seven rebounds, two assists and went 9-of-15 from the floor, a pretty impressive looking number.

The Sixers went into the locker room at halftime with a 60-49 lead over Orlando and they looked like a team that was ready for the regular season in that very moment. Philadelphia won the third quarter, 33-29 before the Magic actually took care of the fourth quarter, 36-27 although the Sixers ultimately still won by a six-point margin.

Additionally among the Sixers starting lineup, both Ben Simmons and Robert Covington each notched nine points, while Simmons had the upper-hand in assists (7) and rebounds (5). Dario Saric scored eight points in 23 minutes and finished a plus-10 on the floor. Saric grabbed six boards and went 6-for-6 from the foul line.

Although the stars shined in the starting lineup like everyone knew they would, the bench was the real MVP of this preseason contest. Furkan Korkmaz played ridiculously well in the 19 minutes he saw on the floor. Korkmaz went 6-of-8 from the field, 3-of-5 from the 3-point line and scored 18 points with three rebounds.

For the Magic, rookie center Mo Bamba didn't exactly live up to the hype most people expected he would, coming off the bench with 12 points, three rebounds, and two assists with five personal fouls against Embiid for most of the game. Nikola Vucevic scored 20 points and went 9-of-17 from the field. Terrence Ross had 13 points off the bench in 15 minutes.