Butler on Fultz: 'He's got everyone in his corner here' 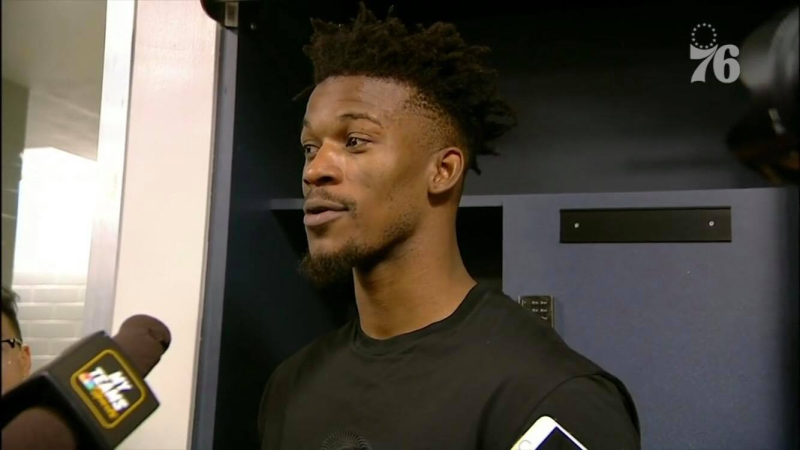 When the Sixers pulled the trigger and acquired Jimmy Butler from Minnesota, there was less worry about his on-court fit compared to his fit in the locker room. We knew that his style of play was going to bode well with Philadelphia plans, but following his ugly exit wit the T'Wolves, the jury was out about his behavior and relationships with former teammates. Since arriving in Philadelphia, though, Butler has been a positive influence on and off the floor.

The Sixers got to have their first full practice at their facility in Camden since the trade on Tuesday and to no one's surprise, Markelle Fultz was a topic of discussion. JJ Redick said he just hopes Markelle gets healthy. Meanwhile, Butler gave a heartfelt response to Fultz's situation.

Butler's response somewhat echoes what both Elton Brand and Brett Brown said last week. The Sixers organization still supports Fultz and wants him to find out what is wrong so he can get back on the court at a high level.

At this point in time, Fultz is continuing to undergo examinations on his shoulder in New York. An update is expected later in the week with regard to next steps.