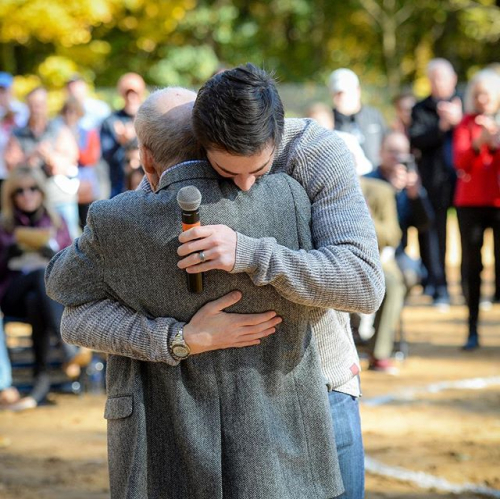 Many well-known faces within the Philadelphia community were at Roxborough's Wissshickon Park on Sunday, not to enjoy the fall weather, but rather to honor a Philadelphia Phillies icon, chairman David Montgomery.

Formerly Daisy Field, the baseball field at the park had its name changed to David P. Montgomery Field in a special dedication ceremony hosted by the Philadelphia Parks & Recreation, the Phillies and Councilman Curtis Jones, Jr. Montgomery grew up playing on the field.

Along with Larry Bowa, Phillies public address announcer Dan Baker, Flyers Charities, and the Philadelphia Eagles, one surprising attendee at the ceremony — despite being traded away more than three years ago — was 2008 World Series Most Valuable Player, Cole Hamels.

Cole Hamels gives David Montgomery a big hug after telling the crowd at his field dedication in Roxborough how special the Phillies chairman is to him@6abc@phillies@ColeHamels #Phillies pic.twitter.com/45bTKt58Wj

"Dave has been such a monumental inspiration and leader since I came up with the Phillies," 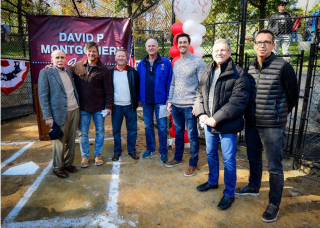 "He taught all of us what it really means to be a Philadelphia Phillie."

A beautiful day to honor a beautiful man. ❤️ pic.twitter.com/li13nKpMRB

Phillies chairman David Montgomery has the baseball field he grew up playing on in Roxborough named in his honor - “David P. Montgomery Field”

Cole Hamels and Larry Bowa were among the former Phillies on hand@6abc@phillies@ColeHamels #Phillies pic.twitter.com/dxofsz0vsD