Eagles Flyers Phillies Sixers Union About Us Write For Us
Is Dave Hakstol the Next to Go for Flyers?
Holmgren-Scott Presser Wrap: Flyers Wanted More Results, Action from Hextall

Decision On Fultz's Next Steps Expected Later This Week 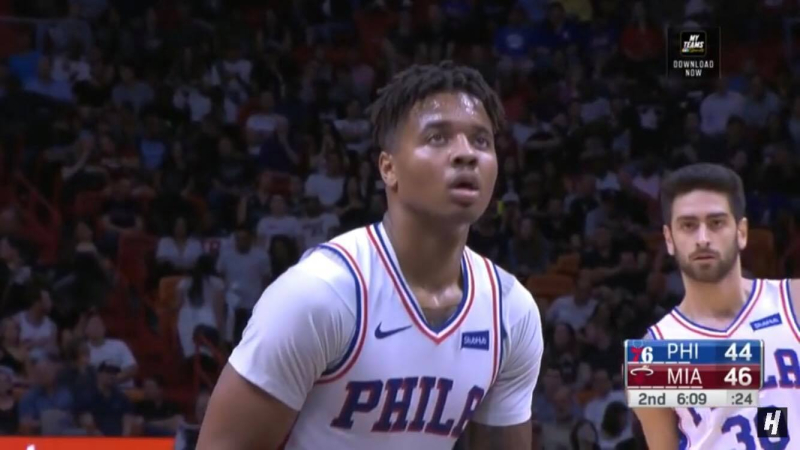 The Markelle Fultz saga continues. After a summer in which he apparently took 150,000 shots to rebuild his jumper, the former top pick is sidelined again with a mysterious combination of an unknown shoulder injury and some sort of mental issue. Last week, Fultz's agent Raymond Brothers called the Sixers and told them that Markelle would not be participating in games or practices until he had his shoulder examined. It was also revealed that Fultz is nursing a wrist injury.

On Monday, Fultz went to a shoulder specialist to continue the ongoing search for what is really wrong and we will have to wait a bit longer to know what happens next. According to ESPN's Adrian Wojnarowski, Fultz's shoulder examinations will extend through Wednesday in New York. What's even more concerning is what Woj mentions about Fultz's jump shot, leading most to believe that perhaps Drew Hanlen really was right about Markelle not being fully healthy.

Examinations of Philadelphia 76ers guard Markelle Fultz's right shoulder will extend through Wednesday in New York and no decision on his next steps is expected until later in the week, league sources told ESPN.

Fultz, the No. 1 overall pick in the 2017 NBA draft, has lost the ability to carry out and follow through on long jump shots, and there has been internal and external debate about how much of this perplexing circumstance is physical versus mental. Before Fultz stepped away last week, it appeared that T.J. McConnell would be taking over a majority of Fultz's minutes as the Sixers' backup point guard.

Woj mentions that over the past few weeks, the Sixers have stopped listening to offers for T.J. McConnell since they started to realize that they would need to lean on him more heavily moving forward. Sources tell Wojnarowski that the Sixers expect Markelle to return to the team at some point and reclaim a role off the bench.

While that seems like a plausible situation, there are numerous reports out there that Fultz is no longer in the Sixers plans and that they have been reaching out to teams in order to gauge interest in the former Washington product. That being said, head coach Brett Brown said on 97.5 The Fanatic on Tuesday that reports of the Sixers shopping Fultz are inaccurate.

As the Fultz saga continues, you hope that there's some solid resolution that leads to his healthy return. Whether or not that ends up being in Philadelphia remains to be seen.