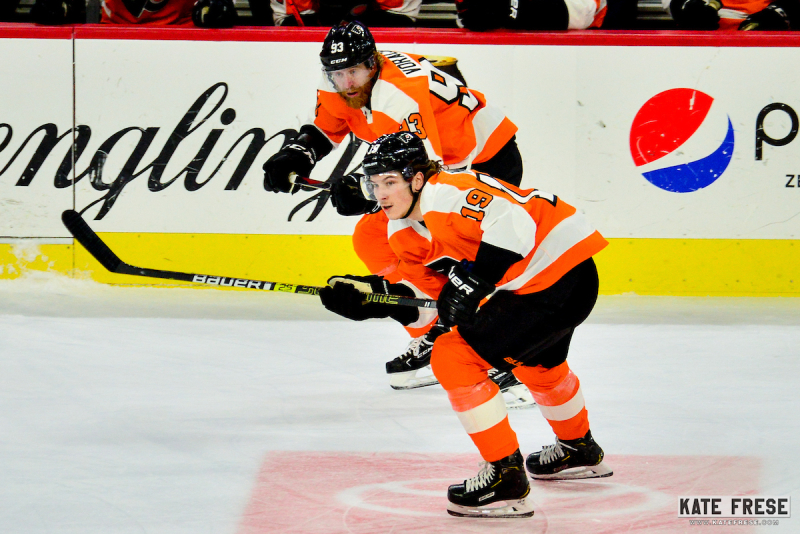 This was a very different game than the one played between the Flyers and Florida Panthers a month ago. No extra time was needed this time around, as the Flyers saw their recent stretch of winning and gaining points come to an end with a 2-1 loss to Florida.

For the Flyers, it's a game that should serve as a lesson. They did not play well in the second period, certainly not well enough to put any pressure on the opposing goalie through 40 minutes. The 20-minute push in the third was great, but it was too little, too late on this night.

Let's break it down in our Postgame Review.

"The intensity, I don’t think was up to what I think we need to be. I thought we brought it in the third period, but it’s a little late. We hit some posts. We had our chances to tie it up. It’s just unfortunate and frustrating that we didn’t go into extra innings there." - Flyers goalie Brian Elliott

"I feel like when we had that power play we couldn’t get anything going. They put some good pressure on us. They play a different game than other teams we’ve been playing but that’s not an excuse, we gotta be ready to battle 60 minutes not just 20." - Flyers forward Claude Giroux

The Flyers had 33 shot attempts in the third period to just seven for Florida, an 82.5 CF%. That included five high-danger scoring chances compared to just one for Florida. The first two periods were much more evenly played though, with shot attempts being tied, 34-34, and high-danger scoring chances favoring Florida, 4-3. The majority of the shots in the first two periods from the Flyers were from the perimeter. It wasn't until the third that the Flyers started to get around the net and generate chances near Luongo.

This was the longest Nicolas Aube-Kubel has played since joining the team, seeing the ice for 6:41. He nearly banked in a shot attempt for his first NHL goal in the first and had three hits in the game.