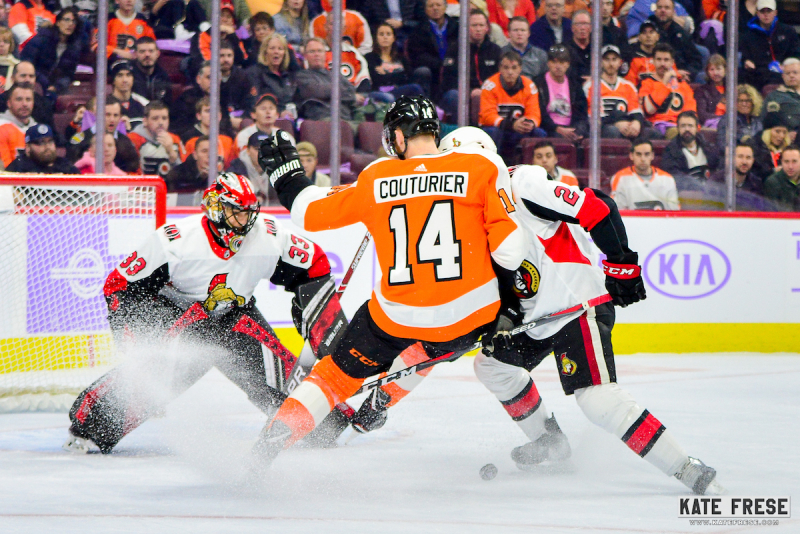 Change was in the air on Monday when the Flyers chose to dismiss Ron Hextall as GM. It didn't change the results, at least immediately.

Tuesday night's game was a better one for the Flyers, a far cry from the 6-0 drubbing they took on Saturday. But in the end, a nine-minute lack of urgency cost them again. A regulation loss to Ottawa put the Flyers in last place in the Eastern Conference and 29th in the league standings.

If anything was indicative in this game, it's that the Flyers certainly know that a lot of change could lie in store, but the results aren't going to change without max effort.

Let's break it down in our Postgame Review.

"As soon as they got that second goal we kind of got scared. You can’t do that. Every single team is going to jump on it and gain the momentum and that’s what they did. It’s only a one goal game and we’ve been in that situation so many times, I still don’t know what happened. I can’t believe we lost that game." - Flyers forward Jake Voracek

"It’s unacceptable. After two periods I thought we had them. I thought we played pretty good hockey. We had a grip on the game, it’s just unacceptable. We’re making soft plays on our blue line and it cost us the game." - Flyers defenseman Radko Gudas

"There is no excuse there. We had a job tonight to go out and get it done and we didn’t do that so there is no excuse for other things. When it’s game night you focus on the things at hand and that’s the end of it." - Flyers head coach Dave Hakstol

Another game where, by the analytics, the Flyers were the better team. Even in the third period, the Flyers had 18 shot attempts to 15 for Ottawa. Both teams had four high-danger scoring chances in the final period as well. The Flyers carried a 62.24 CF% at 5-on-5 through the game. But perhaps the area where the game was lost was around the net. The Flyers took a lot of shots and got some chances, but not nearly as much traffic around Mike McKenna as the Senators had around Anthony Stolarz.

Make of this what you will. Oskar Lindblom played just 5:18, picking up an assist and getting two shots on goal. The ice time is a concern though, especially for a player that was recently part of the second line.