Jimmy Butler's debut was underwhelming, but it's all a process 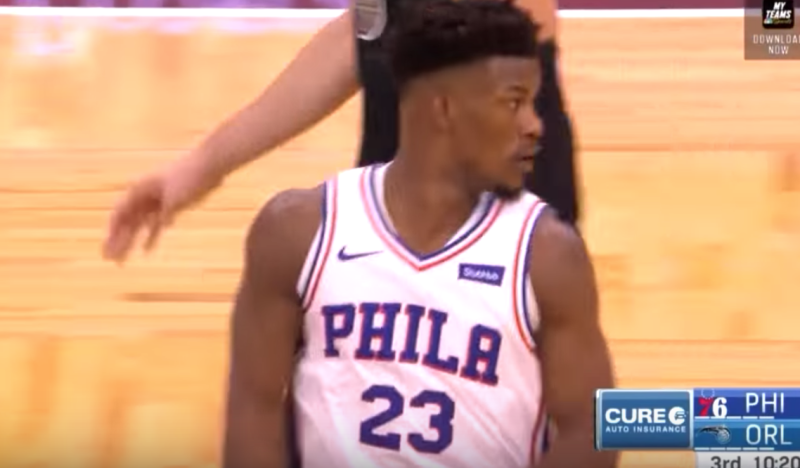 No one ever said that Jimmy Butler's transition over to the Philadelphia 76ers from the Minnesota Timberwolves was going to be easy, especially after only his first career game with the team on Wednesday night in a 111-106 loss to the Orlando Magic on the road.

Butler had a quick start to the game while working with Joel Embiid, but after a few more minutes in the rotation, the 'wow' factor of Butler entering the lineup and the feeling that the Sixers were running pretty much the same kind of offense pre-trade kicked back into effect.

Butler's first go-around in the Sixers lineup resulted in 3-for-3 shooting for 10 points and he looked as if he was going to acclimate himself well in his first game with his new teammates. Learning a new system and all new plays in about 24 to 48 hours is extremely difficult, even for the best of players in the NBA. The chance of Butler, or any NBA player for that matter, learning an NBA playbook mid-season is extremely difficult. It was obvious going into the night that whatever Butler did out on the floor was going to take some work. That much was clear.

There have been much more underwhelming debuts in the NBA for stars joining new teams, but Butler did manage to only score 14 points on the night, right on par with his season average, which is deflated due to his lack of playing time with the Timberwolves thanks to sitting out and waiting for a trade.

His final line for the night was 14 points on an efficient 6-0f-12 shooting with four rebounds and two assists. He missed his only 3-point shot attempt of the game in his 33 minutes on the floor.

It was obvious that head coach Brett Brown wanted to use Butler's debut on Wednesday as a test run, being his first go with any of the Sixers players in a game scenario. There were times during the game that looked like there was chemistry building between Butler and Embiid out on the floor, and that's probably even more than many were expecting the first time out together.

Jimmy Butler gets his first bucket with the #Sixers on a strong cut, courtesy of a nice pass from Joel Embiid: pic.twitter.com/4W5K30g5Oq

Expect Butler to play more minutes and have the ball in his hands a ton more on Friday when the Utah Jazz visit the Wells Fargo Center in his home debut. The goal is definitely to have Butler play more and more in crunch time for the Sixers when they need it most. The fourth quarter has been a struggle for the team this season and Butler is going to be a big part of digging the Sixers out of that hole once the season progresses.

Butler talked to the media after his first game in a Sixers uniform, discussing what he expects himself to do moving forward with the team on Friday night, acknowledging his desire to play better after just one game under his belt.

"I think if I lock into it and figure it all out once they get (the ball) to me," said Butler post-game. "Next game, I guarantee I'm going to do a lot more than I did this game."

Historically, Butler has had a pretty decent career on the road at the Wells Fargo Center in nine career regular season games in Philadelphia. His last game in Philly, as a member of the Chicago Bulls on April 6, 2017, Butler dropped 19 points with 10 rebounds and 10 assists for the triple-double. Butler had one of the best games of his career in Philly on January 14, 2016 where he dominated the Sixers, scoring a career-high 53 points on 50 percent shooting with 10 rebounds, six assists and three steals.

So as history is telling us, Jimmy Butler playing in Philadephia? As good of a sign as you can ask for.