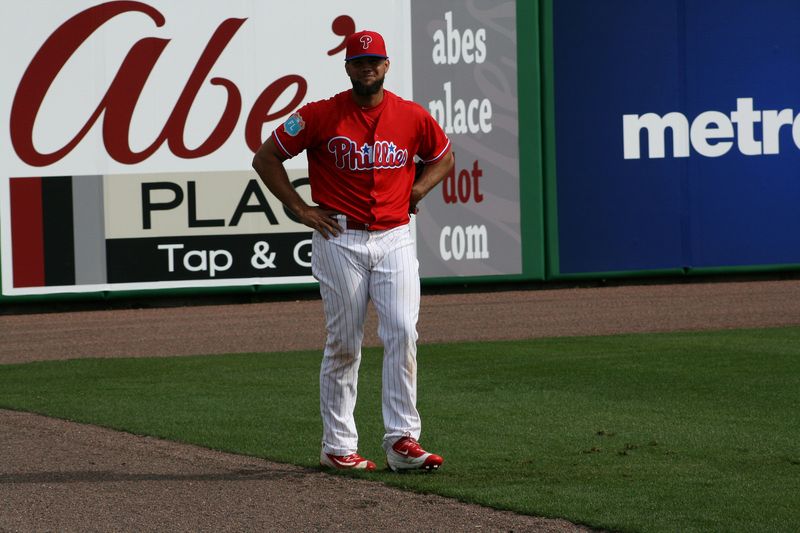 Friday night represented the deadline for teams to tender a contract to arbitration-eligible players. Should teams offer a contract, the player would be guaranteed at least the arbitration process to determine a salary for 2019. The Phillies had three players that seemed to be on the bubble: first baseman Justin Bour, left-handed reliever Luis Avilan, and right-handed reliever Luis Garcia. The Phillies offered a contract to one of three.

Per a Phillies announcement, the club has non-tendered both Bour and Avilan. The announcement did not mention Garcia, so presumably Garcia will be offered a contract. Bour was expected, Avilan could have gone either way, but Garcia was a surprise.

Garcia did not have a good 2018 season, putting together a 6.07 earned run average, which is the third highest of his career (Yes, he was worse two other seasons). Additionally, now that he is out of minor league options, the Phillies do not have much flexibility with Garcia's contract. Bour's announcement was expected.

According to some reports, the Phillies had placed Bour on waivers, which would have allowed any other team to claim him. The forthcoming arbitration price was presumably too steep for teams to risk. Bour probably profiles best as left-handed pinch-hitter and back-up option at first base for most teams, and the arbitration process might yield him as much as $8 million.

The Phillies, of course, already have two first basemen. Bour's role as a lefty bench bat down the stretch is probably something they would like, but not at that price point and likely not at this point early in the season where they would have to take up a roster spot. Bour is now a free agent.

As for Avilan, he might have been able to go either way. The Phillies traded for Avilan in August for the stretch and with the option of another year of control. Avilan appeared in 12 games for the Phillies. He had no record in 5 2/3 innings, while allowing two runs, both earned.

Lefty Adam Morgan ultimately put together a nice season as a pen lefty, and the club probably feels they can obtain other lefty relievers in free agency. The club also has Austin Davis under club control.